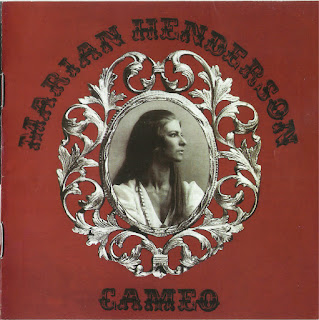 Marian Henderson was the queen of the Australian folk revival during the 1960s. With her distinctive, pure alto voice, beautiful face and long hair, she was the epitome of the new folk style. She gave life to old songs such as the convict ballad Van Diemen's Land, and The Streets of Forbes, about bushranger Ben Hall, which she recorded for the Australian cultural history series The Restless Years in 1967.

Alongside jazz and folk club gigs, she toured extensively. Red Cross tours took her island-hopping in light planes around remote New Guinea and Fiji, and to the Cork festival where she "cajoled old Irish tunes into the present". She later featured on ABC television in Jazz Meets Folk, and hosted the music show Sit Yourself Down.

Henderson's looks and talent attracted much attention from promoters, who invariably wanted to change her music and image but she was always her own woman, and turned down an offer from Harry M. Miller to take over her career: she had no desire to become a pop princess. Integrity to herself and to the music was everything: anything else is degrading to the songwriter and the audience, she said.

Largely self-taught, Henderson would speak lyrics to pull out the drama of a song, and then give it her musical interpretation. Her enunciation was always precise: she hated sloppy lyrics, from be-bop to opera.

Marian Grossman was born in Melbourne on April 16, 1937, the only child of Flight Lieutenant Ernest Grossman and his wife, Amelia (nee Martin). Amelia was a country girl from Porepunkah near Bright, and Ernest also had a rural background. He grew up on a farm at Bowser, near Wangaratta. He learnt the piano and cornet, and often played accompaniment for silent pictures at theatres in the town.

Like many entertainers, Marian had a peripatetic childhood as the air force moved Ernest from place to place. She went to 13 schools, from city to country and back again, before finishing her education at Essendon High School. Tall and athletic, she excelled at running, high jump, swimming and tennis. Then, in her early teens, Henderson found music – or perhaps music found her. Ernest played cornet in the military band, and she would accompany him at home on the piano, playing by ear as she never learnt to read music. Throughout her subsequent career most of the arrangements she made were committed to memory and rarely written down, unless by someone else.

Essendon High was significant for another reason: fellow student Don Henderson, whom Marian would later marry. At first she "couldn't stand him" but they became an item after a school dance, where he was the only boy who asked her to dance who was taller than her. "So I said yes." Like many girls at that time, Marian left school at 15 to learn shorthand, typing and "how to be elegant no matter what the situation" at business college.

Although her parents did not particularly approve of boyfriend Don, Ernest did make him a present of an Hawaiian guitar, which he adapted for rock 'n' roll. Don and Marian formed a band, The Thunderbirds, but Marian soon lost interest and turned to jazz. She was playing piano with a band, and one evening the vocalist failed to appear. Marian stepped up to the microphone, and at 18 her career as a singer began. She was hired as a rock 'n' roll singer for big bands playing dances at suburban town halls, but would persuade them to also incorporate jazz standards, sung her way.

The '60s was a fertile time for musicians of many styles, and Henderson soon came across some folkies. Although she had never heard of folk music, she quickly learnt five-string banjo, adapted some to guitar and began singing the style for which she was best known.

She and Don had a white wedding "under sufferance" when she was 21 and, gathering their courage, moved to Sydney to escape her parents, whom she described as tyrannical. Don encouraged Marian, writing her poetry and songs, however they divorced, regretfully but amicably, in 1962.

Some time before, Marian and Don had met Tom Baker on Glebe Bridge. Driving across it one day they saw a Bugatti, which was a rare sight, so they turned around and chased it and met its owner. They all became very good friends; after the divorce she and Baker were married, but Marian kept the surname Henderson for performing as she was already known by it. Their only child, Ben, was born in 1967. However, in 1970 Baker fell ill and died, and Marian's life changed.

She told fellow musician and historian Alex Hood, in recordings he made in 2002, now archived at the NLA, "working as a single mother to put shoes on my son, pay off mortgage, [I] put up with a lot." Sexual discrimination, and advancement via the casting couch, were rife in the industry (Now, she told Hood, "I could sue the bastards.")

But Henderson was a fighter, determined to carry on, and do things her way. For the next decade she worked in television, made recordings, including the Cameo album (which disappointed her – it was in at lunchtime and out by dinner, she remembered, with no time for revision) and many hundreds of live performances.

The second act of Henderson's life began in the late 1970s, with a move away from Sydney to laid-back Lismore. Her son was nine, and she effectively retired from music. Her final big tour was for the (then) Arts Council, driving the length and breadth of NSW by herself in her Ford Escort.

Mother and son settled into a quieter way of life, but Henderson was deeply artistic and soon was studying visual arts, costume design, and then teaching painting and music. After eight years she moved to Nimbin, to have more space. The little town's art scene was an attraction, and she knew many people there.

Henderson remained a modest and very private person, with some inherent contradictions. According to Ben she didn't really enjoy the company of large numbers of people at the same time … but she came alive on stage: "If she could have got away with just being a recording star she may have done that, although I also know she enjoyed revving up a crowd."

In her later years Henderson lived independently, and had a great circle of friends. She loved camping, the beach, and her gardens were renowned. Music remained her passion, and she would "try out" all types of contemporary music, even if it was not to her taste.

Three years before she died, Marian Henderson was diagnosed with cancer. She declined surgery, in order to live the best life she could for as long as possible. In her final six months she lived with Ben and his wife Madonna at Mt Mee, inland from Caboolture.

After her death, a large group of friends gathered at her beloved Brunswick Heads, to celebrate her life and music, and to scatter her ashes onto the sea.
by Rosalie Higson 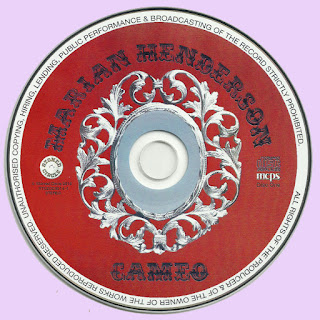 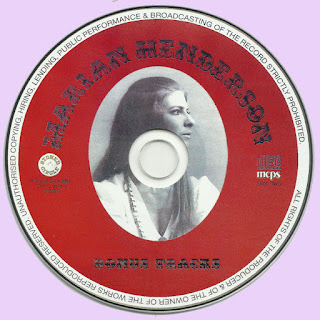