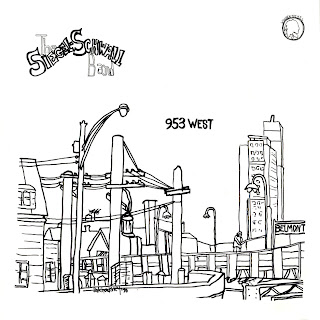 This is my favorite Siegel-Schwall album. It's the one I would take with me to a desert island, if I had to choose just one. Why? Well, the songs are all so well played and the writing is the most mature of all thier records. Jim's "I Think It Was The Wine" is a great story song and features one of the best guitar solos he ever played. Just superb. Corky gets a harp solo in there too and it compliments the song so well, it just sounds seamless.

"Just Another Song About The Country Sung By A City Boy", besides being the longest song title in the band's canon, laments the spread of urban sprawl, unchecked growth, pollution and traffic choked city streets. "Reed Zone" (Psychiatric Institution Blues) is a number about a fellow bent on suicide ('Bring me my shotgun babe, bring me my sleeping pills') and Big Bill Broonzy's "When I've Been Drinkin'" tells the story of a fellow who's had a few too many and just wants to sleep it off. Jim's acoustic finger picked guitar and vocal and Corky's harp accompaniment combine to make this a standout track on the album.

This album also features drummer Shelly Plotkin's only vocal and songwriting appearance on a Siegel-Schwall record ("Good Woman"). All in all, a great album and a satisfying listen.
Oh, yeah. Jim Schwall told me it's his favorite too, so there ya go.
by William H. Haines 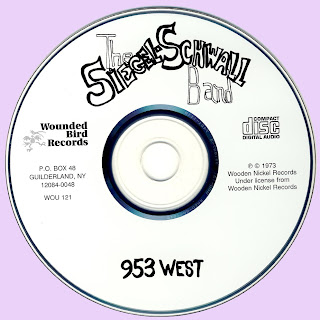 Free Text
Text Host
Posted by Marios at 9:15 AM 2 comments: