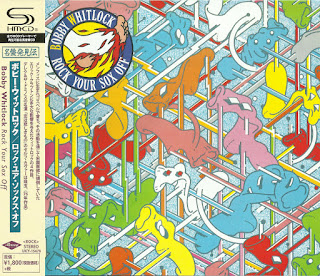 Featuring many of the same musicians as his previous, One Of A Kind, Rock Your Sox Off mines similar sonic landscapes. The nucleus of the project was Kenny Tibbets on bass, Jerome Thomas on drums, Bobby on keys, and to start out with Les Dudek on guitar. In the early stages of recording, Les left the project and Jimmy Nalls came aboard. That was the basic lineup for the record. Everyone else was added as guest spots, after the fact. This became common practice for the records we were doing then. Everyone's album was sort of a family reunion. All the Southern musicians enjoyed a comrade together.

The album is a mix of bluesy rockers and gritty soul, elevated above the ordinary by Whitlock's heartfelt vocals. Sweet Mother's Fun adds a little diversity, with mexican trumpets giving it a cantina blues sound. Also of note is a song he previously did with Eric Clapton's Derek and the Dominoes, Why Does Love Got To Be So Sad, here slower and more groove-oriented. In addition, the album features the top-notch production of Paul Hornsby and the gutsy guitar of relative unknown Jimmy Nalls.
by Rob Caldwell 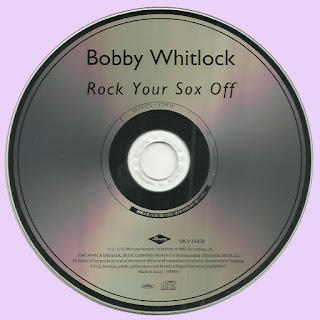