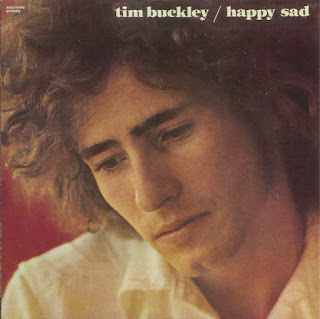 Tim Buckley’s father was a decorated second World War veteran whose parents immigrated from Cork. His mother Elaine was Italian-American and both were fond of feeding their beloved son music. He was nurtured by it, fed all the finest works by all the greatest singers and encouraged every step of the way to follow in their footsteps should he so desire.

The shape-shifting genius of his mid-career high was reflective of his unencumbered meanderings as a child. He had the world at his feet and he was free to roam.

The family’s shared love of music was the glue that held them together, but there were deep fissures too. For all the light he was pointed towards, an unshakable darkness seem to shadow his every move from the get -go.

Some would say he was blessed and others, cursed.

His ticket to ride was issued young and the freedom he enjoyed instilled a restlessness and taste for experimentation that would yield some extraordinary music, but also precipitate his tragic early demise from a heroin overdose in 1975.

His prodigious talent with the guitar and multi-octave voice drew other musicians to him, and by his late teens he had assembled a troupe that would include a lifelong collaborator in guitarist Lee Underwood.

He was still only 20 when his breakout second album Goodbye and Hello was released. The jazz inflections, the poetry and the songs in different timings were strong hints that the maverick soul was already finding its expression. But there was more and better to come.

The year of 1969 was a good one to be living out any sort of dream.

Tim Buckley’s template for his third LP was founded on reveries of new colours and possibilities. It was where his skills at using his voice as an instrument reached its apogee. The full range from baritone to high falsetto was given free reign. When the orchestrated beauty of the sound conspired to match it word for word, pure magic emerged.

The soaring Buzzin’ Fly was the record’s peak and one of Buckley’s finest moments. It was a paen to the power of love. It would take a hardened heart to deny that he didn’t mean every word. Hearts were burning at a great height for all to see.
by Donal Dineen 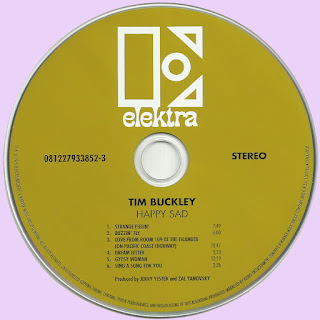