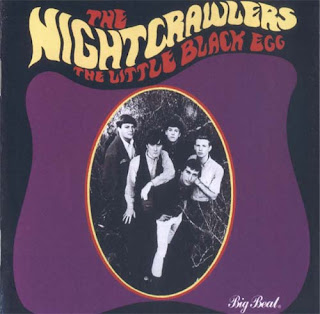 The Nightcrawlers found themselves surrounded by a heap of controversy when this single was first released and started to gain a respectable measure of regional airplay in 1965. A few paranoid and uptight buzzcut/flattop/flatland station managers feared it was a surreptitious, “Louie, Louie”-styled 45 as word got around that “The Little Black Egg” held thinly veiled lyrics that housed the far larger degenerate call-to-arms of, (gulp) interracial sex (I ask you...)

Well, it was 1965 in the deep, deep south and although this ridiculous projection of a lurking racial subtext got it banned throughout regional stations in The Nightcrawlers’ home state of Florida, its orbit returned when it was reissued on Kapp in 1967 in a “Space Oddity” type reissue boomerang effect. “The Little Black Egg” would have been just another sub-Beau Brummels-styled folk rock jingle-jangle xerox if not for the supremely non-plussing lyrics that centred around the lead singer’s ultra-possessiveness about his “little black egg with the little white specks.” Interracial sex, my ass: this guy’s found a magic egg, and yikes, he’s REAL particular about it! Musically, it’s kind of like The Daily Flash if they had a vocalist who delivered in a practically hoarse, non-quavering Buddy Holly style the following words under the thrall of said mysterious egg:

“I don’t care what they say/I’m gonna keep it anyway/I won’t let them stretch their necks/To see my little black egg/with the little white specks.” And those vocals get even more hoarsely desperate on the flipside “You’re Running Wild” where The ‘Crawlers turn things up a many notches higher in velocity in a far more garage-informed manner as chunks of surf drums get chucked in for good measure. A roaming dummy of a bass line threatens the rattling, tinny din of drums in a total Battle of The Bands triumph.

The drummer strives to keep up and drive the thing as the singer brusquely drools over two spindly guitars that can barely stand on their own all about his dream doll and her “luvvlee bodee I looong to touch” as the surfin’ drums curl and break in the background. The two guitars just continue to spindle out with just the skinniest of strumming and barely a solo, but it is all-spirited with every sweated-out note.

Said singer continues pining and drooling senselessly away, braying out uncontrollably, “You’re running wild! You’re running wild!” which actually translates more to a single, run-on sentence approximating “Yerrunwile! Yerrunwile!” as he’s kicking himself in both the head and the ass for not knowing what he did or did not do to lose a girl so fine. He finally resigns his lyrics of repetitive heartbreak to close resignedly with “So lonely...AH, uh so lonely...girl, a-so lonely...AH! Wuh, a-so lonely!’ as his heart takes the last westbound train out of town at dusk to beat the setting sun with the setting of his own heart.

Big Beat recently reissued The Nightcrawlers’ sole album, “The Little Black Egg” on CD with many bonus cuts and so forth, and the title track pops up on the “Nuggets” 4 CD set. But it is worth pointing out that the original single sounds far superior...and can be found for half the cost of a single CD. This single was the best thing The Nightcrawlers ever laid down. The choice is yours... 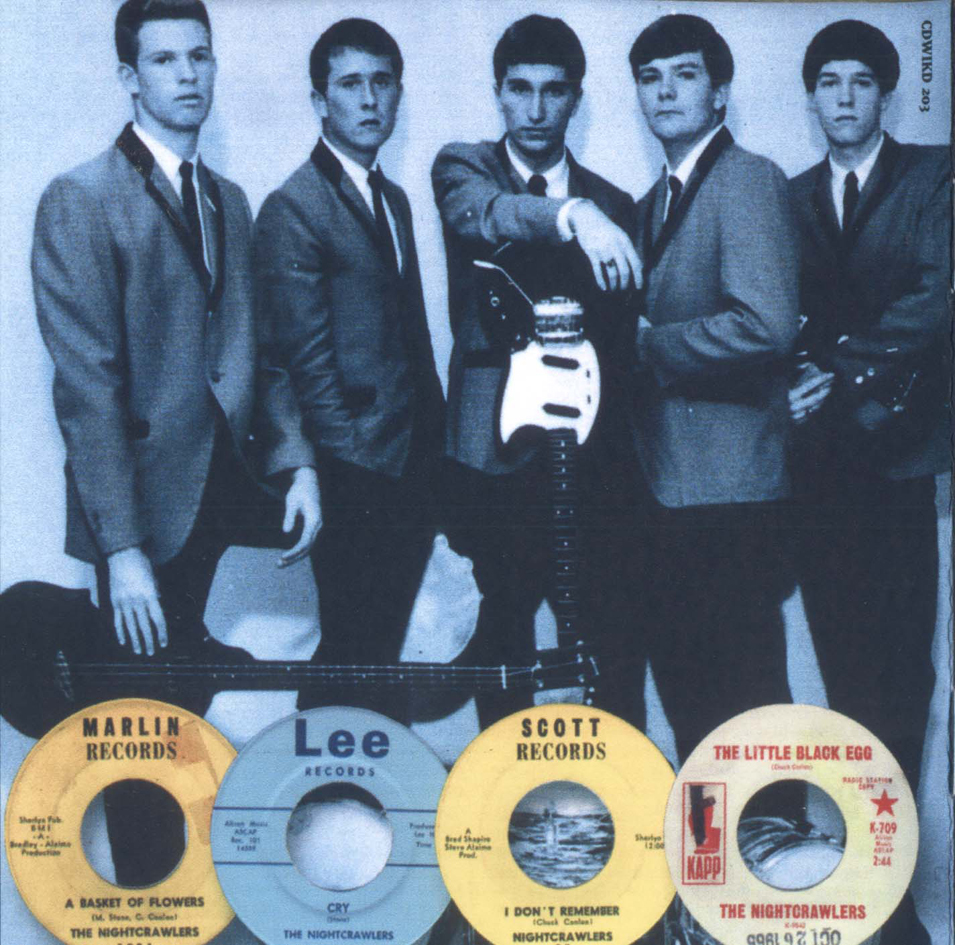