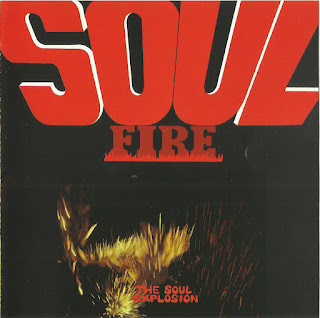 Detroit? Chicago? Well, no not at all. This 1968 release comes from a German band playing some lush and dynamic soul pop with an emotionally exalted vocal style that reminds a bit of Tom Jones at times. The songs range from powerfully onward grooving booty shakers to striking melodic tunes with great chorus lines that enlighten your spirit.

When you take a listen you will realize these folks had a sense for the classic beat music of just a few years priori to this release and they really manage to lay down a steaming performance on this style actually already outdated back then. But since The Soul Explosion spice up everything with a dark and brooding back street club atmosphere at the right moment, they could do what they want and always  sounded exciting and fresh.

I could not have told the difference between these krauts and any popular British or North American act in their genre. There is passion, sheer lust, a wild and animalistic drive and an ongoing groove that will mesmerize you. Technically this is a really solid group that knows to let loose when it is time to but mostly keeps the energy flow under control. I am certain that 60s fanatics who love the soul and early rock fusion of thisera will go insane.

It might be one of these typical exploito bands that were only studio projects done by the same musicians on several occasions for good money to be sold in the bargain bin to a willing audience. Well, we rather do not think further into that direction since the music that appears on "Soul fire" strikes your deepest inner self and sets your spirit aflame.

The melodies are amazing and if you go and check the rhythms you will end up shaking wit lout a chance to escape the everlasting pulse. This should have been enormously big. Think of later day Animals, The Four Tops and the Equals all thrown into a mixer on full throttle, you might get something of a similar quality.
CD Liner-Notes

One of the great mysteries of late '60s psychedelic soul music! Though only released on the German exploitation market in 1968, this exceptional album may very well be the work of an American studio outfit (or Americans living in Germany?), performing exclusive songs written by well known US composers s.a. Martin Siegel and Scott English. The material is rather diverse, but most of the music here is high quality soul music, often -especially on Side 2- with scorching psychedelic guitarwork and/or swirling organ parts. But there also are traces of pop and you even get a Dylan-esque slice of folk-rock. Odd, exciting and unique! 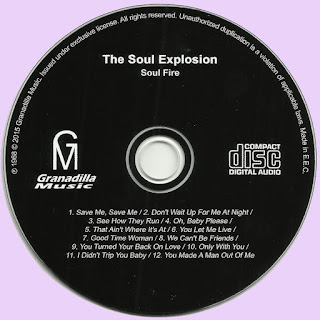 Free Text
the Free Text
Posted by Marios at 10:44 AM 9 comments: