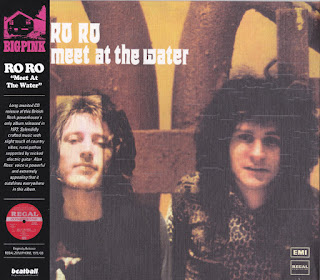 Warwick Rose started out as a bass player in early 1966 for the British Soul Survivors (no connection with the Philly US band with the same name) and he left the band before they changed their name to "Love Affair", he collaborated with Alan Ross (as the Ro Ro) for the 1972 "Meet At The Water", and later became a seller for medical insurance in Los Angeles.
Guitarist Alan Ross played on 2 of John Entwistle's solo albums in the early 70's, "Whistle Rhymes" and "Rigor Mortis Sets In". He was also part of Entwistle's touring band during that period. In 1973, he played guitar on Tim Hardin's album "Painted Head". That same year, he formed a band called Ro-Ro with bass player Warwick Rose and they released an album called "Meet At The Water" on the Regal Zonophone label. The album is now extremely hard to find and goes on ebay for anything between GBP 200 and GBP 300. By 1974, he formed the group "Ross" with former Indian Summer keyboard player Bob Jackson. The band's career seemed to take off when they landed themselves a contract with RSO Records.
They recorded 2 brilliant albums for the label, "Ross" and "The Pit And The Pendulum", released in 1974 and 1975. Eric Clapton, who was also an RSO artist toured the USA in 1974 and the Ross band was on the same bill. The band disbanded after two albums. In 1976, he appeared on the band Stars' self titled album. He released another 2 albums in 1977 and 1978, "Are You Free On Saturday" and "Restless Nights", this time for a small British label, Ebony Records under the name Alan Ross Band. In 1980, he appeared on an album by Wilson-Gale called "Gift Wrapped Set". In 1983, he played on Alexis Korner's album "Juvenile Delinquent".
Alan's first album as a leader Ro-Ro: Meet At The Water has been issued on CD on the Big Pink/Beatball label in the form of a mini replica of the original gatefold album. The disc itself looks like the original vinyl record with what looks like actual grooves and the Regal/Zonophone label in the center. The style of the music is acoustic folk for the most part and contains little soloing on the electric guitar.
by Walid Itayim, May 27 2010 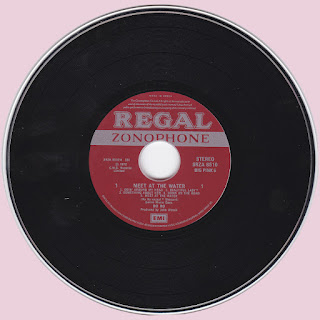