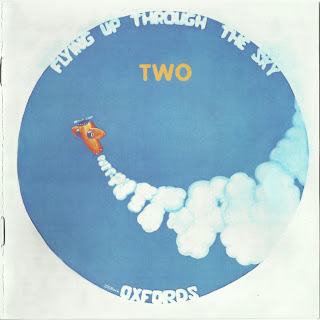 In 2001 when Gear Fab Records released the Oxfords “Flying Up Through The Sky” reissue CD, I thought that the disc had included all of the material the group had ever recorded. The music on the first CD went from the first time the group set foot in a studio in 1966 to record “There’s Always Something There To Remind Me”, up to 1972 when the group made the last Oxfords recordings (“Tornado Baby”, “Those Winds”, “Sweet Lover Man”, etc.).

At that time I had tried to get the group’s original multi-track masters, but the Allen- Martin (formerly Sambo) Studio, where almost all of the group’s recording had been done, had refused to release the tapes. Because of this, most of the songs on that CD were transfers from the vinyl LP and the 45s.

Then in 2006 the Allen-Martin Studio closed. The property and equipment were sold, and the building was bulldozed. The studio’s tape archives, which had been locked away (some of the tapes for over forty years), were to be thrown into a dumpster.

However, thanks to the efforts of Marvin Maxwell and Walker Ed Amick, all of the master tapes were saved. Marvin was Louisville’s first-call session drummer who played on a large percentage of the recordings done there. He had also played in both Soul Inc. (touring with the Dick Clark Caravan), and with the group Elysian Field. Walker Ed Amick is a rock guitar player who has played with the likes of Delaney Bramlett (Delaney and Bonnie and Friends), Joe Cocker, Eric Clapton, and even Beatle George Harrison!
Marvin then started doing a weekly radio show called “Louisville’s Lost and Found” on public radio station WFPK. The show featured the old music recordings that he and Ed had been transferring from tape to CD.

Webcasts of any of the shows can be heard by going to www.groovymusicinc.com, and clicking the MEDIA tab. Marvin asked me to be on the show the week they were featuring the Oxfords songs. When Marvin told me what he and Ed had been doing, I volunteered to help transfer (and in many cases) remix years of recordings from the original multi-track masters. I’d go through each box of tapes like a kid looking for the prize in a box of corn flakes.

Several months into the project, Marvin handed me a box that had what I’d been looking for. It was the Oxfords multi-track masters. Surprisingly though, I now had, not only the songs I had remembered recording, but several other reels with songs that I forgot had existed!

This CD features those songs. I’m not sure why they were never released, but it was probably that the group still had hundreds of unsold LPs! The second production run of the original 2001 re-issue GF-168 “Flying Up Through The Sky” will have the recordings that were remixed from the original multi-track masters (as opposed to transfers from the vinyl LP). Listeners should notice a marked improvement in the sound quality, since all but four songs are from the original tapes.

This disc you’re holding in your hand right now (GF-226) has every song digitally mastered directly from the original analog multi-track. They’re mixed and mastered the way we would have done it, if we’d had unlimited studio time back in the 60’s.
by Jay Petach 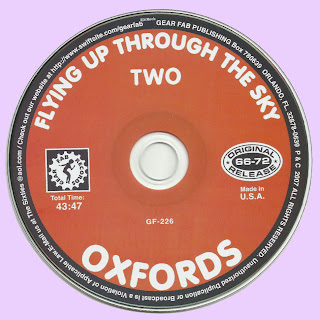 Free Text
Text Host
Posted by Marios at 5:23 AM 11 comments: