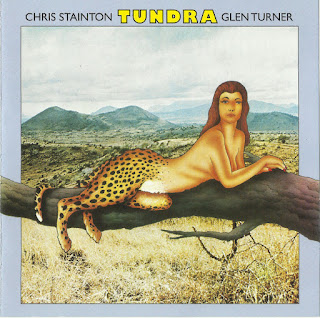 Tundra was the result of Chris Stainton's blossoming solo exploits that had followed in the wake of his association with legendary singer Joe Cocker. There was a hallowed preserve of Sheffield musicians who had cut their musical teeth in the late 1950s skiffle boom before relocating to London, some of which became more famously known as the Grease Band. The Grease Band backed Cocker on his debut outing Marjorine for Regal Zonophone in 1968 although it was actually the work of Cocker, Stainton and an assembled cast of session players including Jimmy Page, Albert Lee and Clem Cattini. Stainton's role within the band fast became pivotal to Cocker and they would both recruit a professional line-up which included another notable figure in Tommy Eyre who, with sufficient interest from RCA in 1971, eventually recorded an LP with Riff Raff and Vertigo's Juicy Lucy.

Ironically, Stainton replaced Eyre on keyboards after the release of Cocker's debut LP vacating bass for new recruit Alan Spenner. Stainton and Spenner had also collaborated with Henry McCullough in Spooky Tooth in 1970 for their Last Puff LP. The Grease Band would go their own way after Joe Cocker established himself as a solo artist with A&M in 1970, although Stainton kept a close distance appearing in production credits. Meanwhile, Stainton was busily preparing and moving within the ranks of the Grease Band. Ex Bluesology guitarist Neil Hubbard and Henry McCullough (Eire Apparent) were enrolled into what, by 1972, would be the Chris Stainton Band, before a negative review of their appearance in Madison Square Garden prompted a call on Joe Cocker who re-joined to front the band. Sessions with Cocker back at the helm were promptly arranged resulting in A&M's release of Something To Say. The LP was a self-evaluating portrait of Cocker's uncompromising honesty with Stainton providing a reliable shoulder for support.

Released in Cocker's name only, the album had it's detractors who commented on Cocker's voice giving way at times and it may have played a part in Stainton and Cocker's decision to finally part company, but Stainton was always looking to create something more fertile as he had done from the start with freakbeat hopefuls, Made In Sheffield back in 1967. Stainton immediately absorbed himself with session work and set about forming his new band with Jimmy McCulloch (One In A Million, Stone The Crows), future Motorhead bassist Mickey Feat (soon replaced by Glen Turner) and trusted ex-Herd member and session drummer Henry Spinetti. Spinetti's old friend Charlie Harrison would quickly replace the departing McCulloch who opted to join McCartney's Wings. Harrison had recently completed a stint with Coast Road Drive and had previously played alongside Spinetti in Judas Jump. With Turner now switching to guitar, the revised line-up set about writing and recording enough material for their LP which would eventually arrive in 1976 somewhat delayed!

It was prompted by a lone single having appeared two years earlier on Decca's Goodear imprint featuring They Don't Know b/w Love Is All You Have To Do neither of which made it onto the LP. Rather notably, Tundra was issued in the USA as Glen Turner's Tundra. In the intervening years Stainton worked with old mates Alan Spenner and Neil Hubbard of the Grease Band for their forthcoming Amazing Grease LP and the trio's other outlet Charge with Smiley Dejonns of Afro-rockers Assagai. Meanwhile, Stainton and Turner's Tundra project was failing to attract sufficient interest and Stainton parted with the band favouring more session work. His departure from the band signalled Glen Turner's adoption of Tundra with Goodear issuing their last single on 5th September 1975. Stainton's session work was proving to be a promising move with inspiring artists such as The Who, Jim Capaldi and Bryn Haworth calling on his talents aside from more obscure acts such as Druick and Lorange (with Neil Hubbard), Chris Jagger and Boxer (Mike Patto).

Prog Temple's retrospective analysis of this band's brief, but valid existence emphasizes Chris Stainton's convictions and illustrates the missing links in a vital part of British rock music history. Names such as Joe Cocker, Jim Capaldi, Bryn Haworth, Mike Patto and The Who offers only a glimpse of the iconic wealth surrounding one man's career and a band that was clearly striving for something more than cheap rewards.
CD Liner Notes 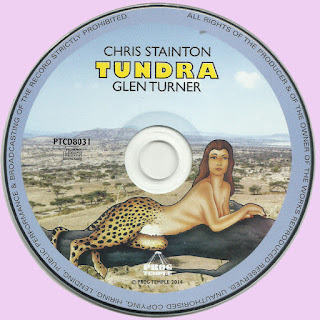