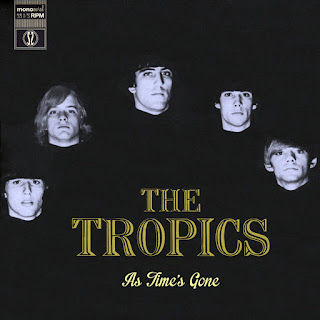 Regarding The Tropics, Tom Petty is unequivocal: “In 1965 [they] were the biggest band in Florida. I watched them in awe.” Starting out in Tampa Bay in 1963 as a hornaugmented showband, by mid-decade they’d slimmed down, toughened up and focused in on their primordial essential selves. Their 1965 debut single, I Want More, could be The Searchers tumbling down a scree; similarly, It’s You I Miss, a 1966 B-side, is a gleaming beat ballad with tough-tender harmonies and vision-obscuring tremolo guitar: When You Walk In The Room’s evil twin.

Both are included on this spellbinding compilation, alongside flailing folk-rockers such as For A Long Time, suggestive of The Beau Brummels trying on The Byrds’ trousers, and attacked with the unmitigated gusto that was The Tropics’ birthright. Then there’s You Better Move, with hoodlum harmonica, crotch-itch maracas and pimply hormones in perfect balance and accord. A gleefully unconstrained vocal eventually succumbs, completely, to orgiastic primal screams. Best of all, 1967’s clanging, palpitating As Time’s Gone is the actual quintessence of 60s garage punk: like The Chocolate Watchband checking themselves out in a mirror and masturbating furiously. Talkin’ Bout Love, the band’s final single from 1969, heavy-treads through vanilla sludge with its molten Hammond and avid white-soul vocals. It still rules, though.
by Oregano Rathbone 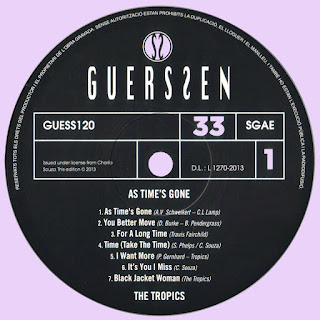