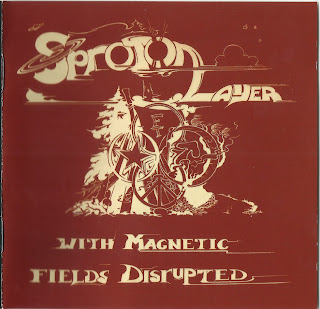 In March of 1969, in Ann Arbor, Michigan, Miller brothers Roger (17), Benjamin (15) and Laurence (15) had a mind-altering improvisation session on guitar, bass and drums in their basement.  They called it "Freak Trio Electric", and none of them, or their views on music, were the same after this event.  A few days later, after repeated and amazed listening to the tape - "Sounds like Pink Floyd cut with Captain Beefheart!" wrote Roger in his journal - they decided to form a band.

Roger wrote many songs that spring incorporating riffs and motifs from their improvisations.  Later that year they added trumpeter Harold Kirchen (brother of Bill Kirchen of Commander Cody and the Lost Planet Airmen fame) and changed their name to Sproton Layer.  Benjamin and Laurence began composing around this time.

Their music was most definitely psychedelic, with many songs based on the "Toke Mythology."  The band played approximately 20 shows in 1969 and 1970 before folding in the fall of 1970 due to the conservative direction rock music was now moving.

In late summer 1970, they recorded and album's worth of material with classmate Mark Brahce engineering, again in their parents' basement.  Good friend Arnold Lelis drew the front cover illustration. This album, "With Magnetic Fields Disrupted", was released 23 years later on New Alliance, along with a 3-song 45rpm single from their 1969 recording sessions, to very little notice.

The album was first released in 1991 by New Alliance Records, but it did not catch much recognition among the '60's collector freaks. Here is the next chance to discover the whole story of one of the ?almost forgotten? US underground art-performance groups. Forty minutes long, the album was remastered from the original tapes creating a fresh, organic and punchy sound.

The booklet features extended band info and about four dozen artifacts including drawings, set lists, photographs, journal entries and more. After Sproton Layer, all Miller brothers contributed to numerous bands such as Destroy All Monsters, Mission Of Burma, and M3 ? Truly a mind-expanding album!
Sproton Layer 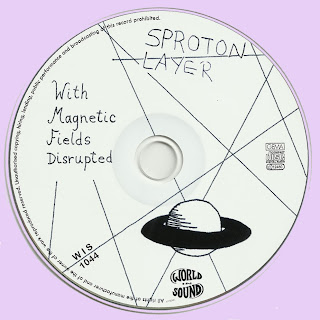