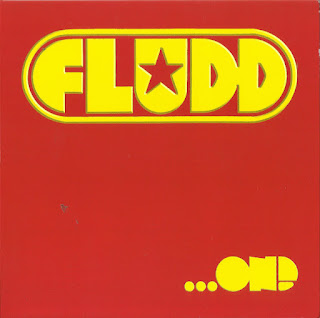 By late 1971 Fludd was picked up by Frank Davies' upstart label Daffodil Records later that year and released the highly controversial ... ON in early '72, recorded in Toronto with new producer Lee DeCarlo. Determined to cause a ruckus, the album was initially called COCK ON, including a scantily clad group on the inside cover. With the execs sensing this might be disasterous, the photo was scrapped and the record's title changed. Despite the furor, three singles were released, including "Always Be Thinking Of You", which cracked Canada's Top 40. Also on the lp were "Yes" and "C'mon C'mon".

In a deliberate attempt to incorporate a more 'British sound", the band went to England to do their third album. They began recording at Richard Branson's (Virgin Records & Airlines) Manor Studios in Oxfordshire in the spring of '73. Soon after however, Csanky quit the band, to be replaced by Peter Rochon. The recording of Mike Oldfield's album TUBULAR BELLS was by this time also getting in the way. Added to the rising cost of keeping the band in England and Godovitz's growing dislike for fish and chips, Daffodil pulled the plug on the deal and brought them back to Canada.

To bolster fading interest in the band, Daffodil went back to the previous record and released "Cousin Mary" in time for the Christmas rush of '73, the first single from Fludd in a year and a half. Ironically, though it wasn't initially intended to be a single, "Cousin Mary" would go on to become one of the band's biggest hits, cracking the top 20, and eventually finding its way on to several Canadian compilations over the years. The re-found interest resulted in them going back to the Toronto studios with DeCarlo, where they recorded three tracks.

Apparently not entirely committed to the group anymore, Daffodil released one of them as the new single. But the lacklustre radio response to "I Held Out" found Fludd again without a record deal. About the same time Brian Pilling was diagnosed with cancer, further setting back the band. Following the news, Godovitz jumped ship and formed Toronto legend Goddo. He was replaced by Doni Underhill (later of both Brutus and Trooper), bringing guitarist Gord Waszek with him.
by Frank Davies and Greg Godovitz 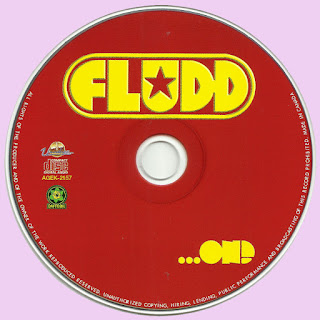 Free Text
the Free Text
Posted by Marios at 11:00 AM 4 comments: