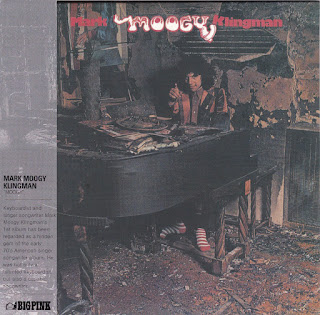 His mother, Mildred "Milly" Klingman, wrote the book The Secret Lives of Fat People. Her son, Mark "Moogy" Klingman, produced Bette Midler's third album, Songs for the New Depression; co-wrote with Buzzy Linhart the song that could be considered her theme, "(You Got to Have) Friends"; co-founded Utopia with Todd Rundgren; and was a legendary figure in the music industry, having written, produced, performed, and organized for over four decades. Born on September 7, 1950, his early start enabled Moogy's career to span decades, beginning in the 1960s when producer Dick Glass signed his friends from Great Neck, New York to a demo deal. The band, the Living Few, recorded two Dylan tunes and a couple of originals, like their answer to P.F. Sloan's "Eve of Destruction" called "Let 'Em Cry."
At 16, he was a member of Jimmy James & the Blue Flames, the original Jimi Hendrix Group along with Spirit co-founder Randy California. A year later, Klingman caught a break when one of the hottest producers in the industry, Bob Crewe, produced his first signed band, Glitterhouse (formerly the Justice League),which included drummer Joel O'Brien, later with James Taylor and Carole King. "I got a real education in making records with Bob Crewe," Klingman told the All Media Guide in May of 2002. Glitterhouse also recorded the soundtrack to the hip Roger Vadim science-fiction film starring Jane Fonda, Barbarella, though they may be credited as the Bob Crewe Generation. You can hear the singer's distinctive voice and harp playing.
Klingman was in a jug band with Andy Kaufman, one of his best friends from Great Neck, performing in a civil rights concert that got Klingman expelled from high school. He met Todd Rundgren at the Cafe Au Go Go circa 1969 and played on many Rundgren-produced discs by artists such as Ian & Sylvia, co- producing some like the James Cotton Blues Band and Klingman's own two albums for Capitol/EMI. When Family producer Earl Dowd got recording time at The Record Plant and Todd Rundgren walked away from a proposed project, Klingman got to produce and direct sessions that came to be known as Music from Free Creek. These included recordings with Keith Emerson, Buzzy Fenton, Mitch Mitchell, and Chris Wood; a second set taped over a two-day period with Jeff Beck; and one night of the sessions with Beck and Eric Clapton. At Moogy Klingman's loft, Todd Rundgren built a studio and they became co-owners of Secret Sound, "where Todd recorded all of the albums he did for the next few years. In the front half was the studio, the back half I lived in. I was there for all the sessions...starting with A Wizard, a True Star, Todd, Utopia the first album, and then he mixed Utopia Live there." Klingman appeared on about ten to 12 Rundgren albums, he brought in the players for the classic Something/Anything?, and performed on various sessions including another Rundgren find, the Hello People.
With a sound much like another Capitol recording artist from the day, the Band, the self-titled album debut from underrated songwriter Mark "Moogy" Klingman came shortly after he appeared on releases by Al Kooper, James Cotton Blues Band, and Shuggie Otis, as well as discs by his friend Buzzy Linhart. "I Can Love" has that Band sound with a strong Klingman vocal; the mood comes right down for "Liz, When You Waltz," which is merely Klingman's piano and voice coupled with Joel Bishop O'Brien's mandolin. It's a great pairing, and the album would have had just as much heart and life had all the tracks received this treatment. Instead the 12 songs were recorded in six different facilities, with a full band kicking in for "Kindness" -- and not just any bunch of cats, the musicians were as legendary as this strong material would turn out to be. Todd Rundgren, engineer and co-producer, lends his talents on guitar and backing vocals, with Amos Garrett adding the intentionally brittle lead guitar, Stu Woods playing the bass, and N.D. Smart providing the beat.
What is stunning about this album is the amount of cover versions of these songs that it spawned. Johnny Winter recorded "Kindness"; Carly Simon included "Just a Sinner" on her first album; the song here that Todd Rundgren and Klingman co-wrote, "Tonight I Want to Love Me a Stranger," found its way onto a James Cotton album; while a Klingman original which had Rundgren dueting on with him, "Crying in the Sunshine," got further validation when Thelma Houston tracked it on one of her sessions. Rundgren doesn't sound like Houston, but it's a neat female vocal from the wizard and true star. The inner sleeve has a photo of young Mark Klingman and all the lyrics, with the band receiving the moniker of the Rhythm Kings, a line from the last tune, "The Man at Ease." The cover photo has the singer/songwriter seated at a piano in a burned-out shell of an apartment or living room; a painting of the artist on the back cover has the him looking like a bearded Bob Dylan.
On April 22, 2002, he organized a benefit for musical collaborator Buzzy Linhart featuring Dave Amram, Eric Andersen, John Hammond, John Sebastian, Phoebe Snow, and others. Even his former engineer/producer Eddie Kramer made an appearance. It brought things full circle and became a focal point for the artist to re-launch much of his music on the Internet at www.moogymusic.com. In 2010, Klingman was diagnosed with cancer, which prompted Rundgren to re-form Utopia for a 2011 benefit concert in New York City to help defray the mounting medical bills of his friend and former bandmate. Moogy Klingman lost his battle with cancer later that year, passing away on November 15 at the age of 61.
by Joe Viglione 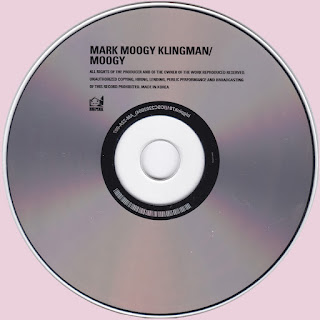