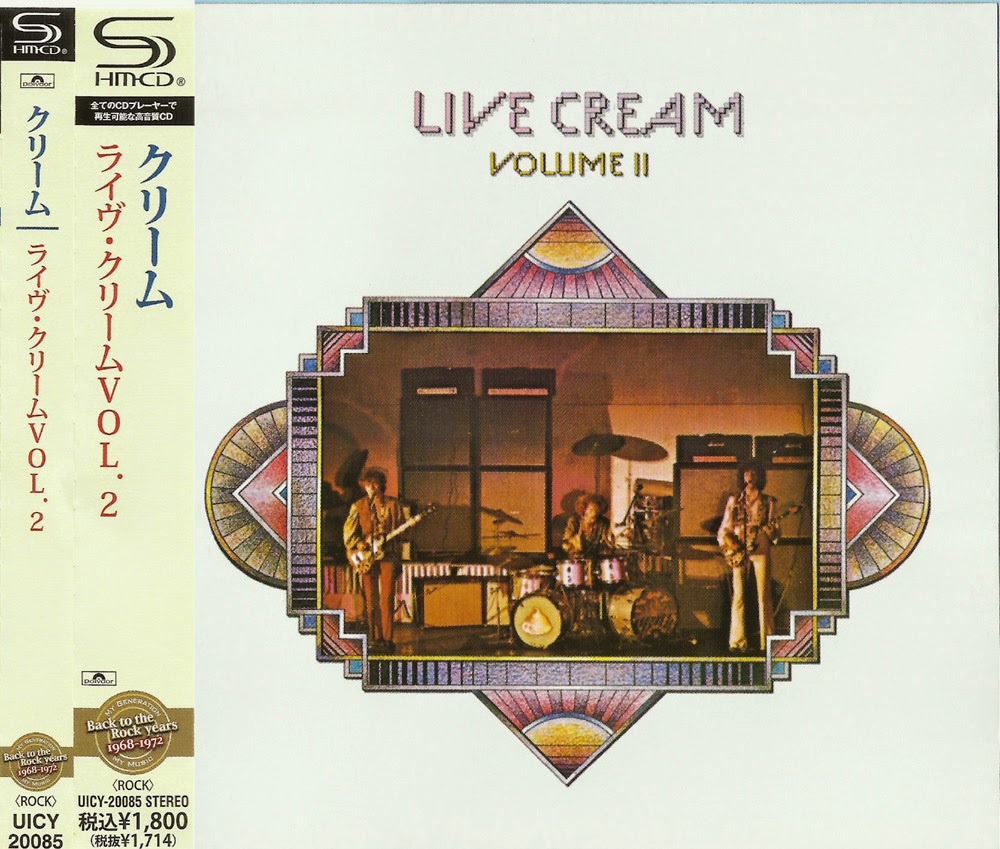 An oft-overlooked curio, Live Cream, Vol. 2 appeared at a very odd time, with very little warning, almost two years after its predecessor -- and at virtually the same time as the related (though not overlapping) History of Eric Clapton. And both showed up, not coincidentally, at a point when Clapton, unbeknownst to most of the public, was sidelined with a crippling heroin addiction -- this album helped keep him in the public eye, as a singer as well as a guitarist.

On its face, Live Cream, Vol. 2 is a more ambitious album that its predecessor, offering more songs and including concert versions of two of the group's AM radio hits (as opposed to the album tracks that comprised the repertory on Live Cream, Vol. 1). And it is just about essential listening for anyone who wants to understand what Cream was about, which was live performance. Utilizing -- for the time -- state of the art mobile recording equipment, it was a significant achievement at the time in capturing the genuine sound of a high-wattage power trio on-stage, playing away at full volume; and the overall sonic excellence here must surely be credited to engineers Tom Dowd and Bill Halverson.

The feeling that you are in the front row is very much in evidence, and this is largely due to their ability to capture the band's live fury with clarity and intimacy, down to every nuance of Ginger Baker's playing. As for the performances, this record does capture the band at their peak, though perhaps not at the very best moments of that peak -- the group made their reputation as a live act with epic, lengthy jams that verged on jazz, but the repertory represented here (as opposed to that on Live Cream, Vol. 1) is more focused on their pop/rock efforts, such as "White Room," "Sunshine of Your Love," "Tales of Brave Ulysses," etc., which don't lend themselves as easily (or at all) to opening out in extended jams, in the manner of, say, "N.S.U." or "Sweet Wine," or the legendary "Spoonful"; additionally, numbers such as "Sunshine of Your Love" and, in particular, "White Room," require more vocal dexterity than Clapton and bassist/singer Jack Bruce could muster in this kind of concert setting -- their singing, especially on "White Room" comes close to breaking down ("Sunshine of Your Love" fares better), whereas their playing holds together, almost better than perfect at times.

"Deserted Cities of the Heart" -- which opens the album -- comes off exceptionally well as a concert piece, the bass and guitar actually combining to overcome the absences of swooping cellos, acoustic guitars, and other accompanying instruments from the studio rendition. And there is one priceless example of Cream in a full-tilt jam, on the 13-plus-minute closing cut, "Steppin' Out" -- the band's sheer energy overcomes what minor deficiencies there are in the overall sound quality. And coupled with the compact, four- to five-minute versions of "Deserted Cities of the Heart" and "Tales of Brave Ulysses," among others, the album is a vital, intense, and enjoyable listen that is ultimately rewarding. The original LP had its sonic limitations,  but this remastered version offers the best sound ever heard for this album.
by Bruce Eder 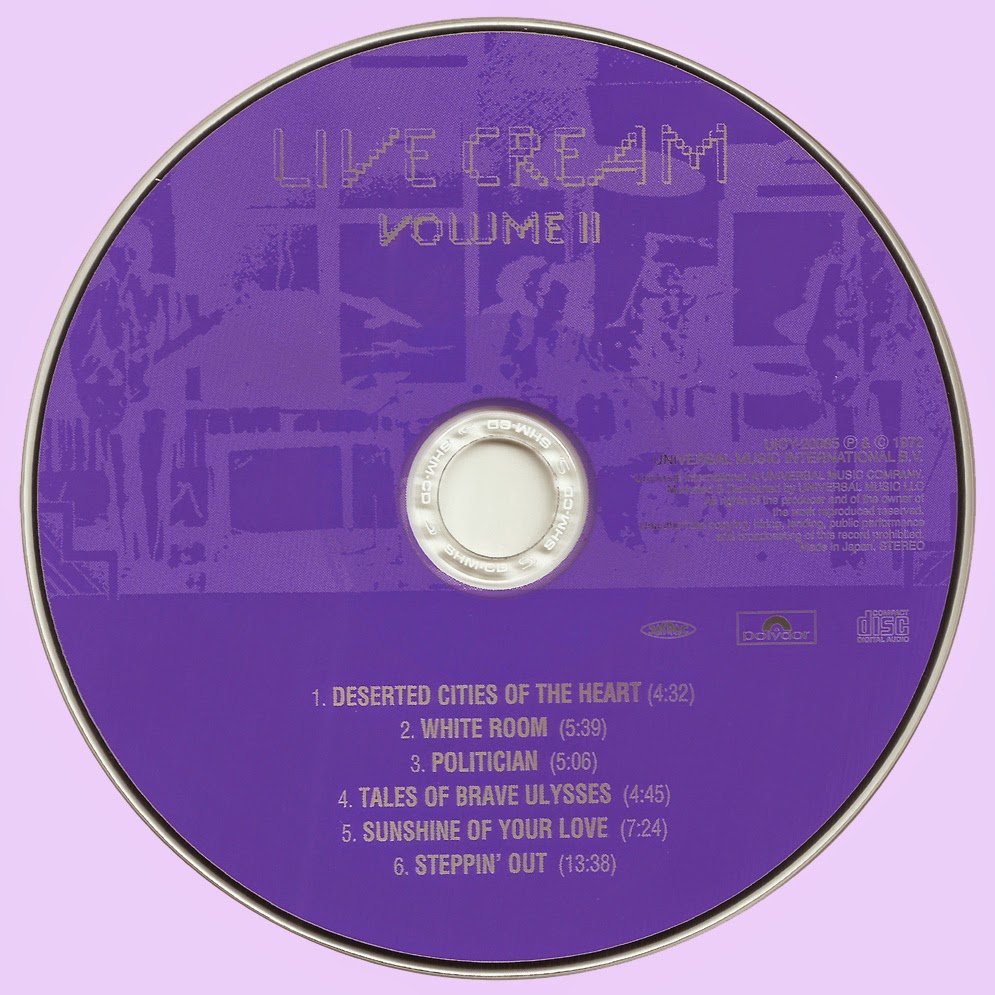 Free Text
the Free Text
Posted by Marios at 10:33 AM 3 comments: