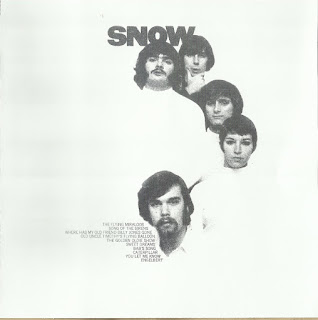 Snow was one of the lucky few bands that released an LP for a major record label, releasing one eponymous LP for Epic that included an interesting and often excellent mix of Beatles influenced psychedelica.

Snow was formed from the demise of Muthers Oats. MO members Jim Sikela and Dan Mahoney hooked up with Will Ryan and started writing and peforming original songs. The group got an audition with CBS who suggested they add a female singer. The group became Snow and recorded the LP for Epic. For some reason, live performances of this group were infrequent.

Around 1970, members of the group, minus the female singer, started performing around town using their surnames. Sometimes all four of them (Sikela, Morris, Ryan, and Mahoney), sometimes three, and sometimes solo. Sounding a bit like CSNY Probably not accidental. The sound was folk/rock. In the mid 70s Will Ryan formed a duo with Phil Baron called Willio and Phillio. 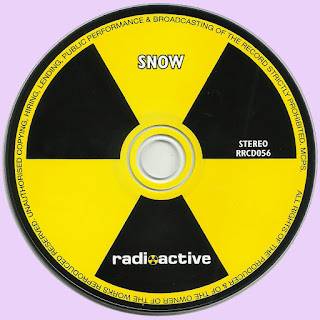 Free Text
Text Host
Posted by Marios at 4:04 AM 8 comments: