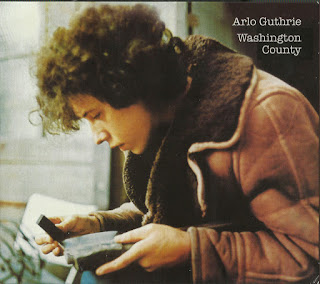 Some of the cream of Los Angeles's better roots rock players supported Guthrie on his first album of the 1970s, including Ry Cooder, Chris Ethridge, Richie Hayward, Doug Dillard, Clarence White, and Hoyt Axton. Occasionally, he went back to purer folk arrangements, with the banjo-driven instrumental title track and the cover of father Woody Guthrie's "Lay Down Little Doggies." But for the most part, it was in the newly emerging singer/songwriter mold, mellow yet committed.

While the results had Guthrie continue his process of more comfortably integrating contemporary rock into his music, it's also a little too low-energy on the whole in its mildly countrified singer/songwriter folk-rock. "Gabriel's Mother Hiway Ballad #16 Blues," "If You Would Just Drop By," and "I Want to Be Around" are all above average for the genre, but some of the other material was blander.

The highlight, actually, was one of the few non-originals, a cover of Bob Dylan's "Percy's Song" (which Dylan himself had not released at that point). Few have picked up on it, but it's one of the better Dylan interpretations, Guthrie's reading a fine vehicle for the slightly weary contemplation of the lengthy lyric, given a sympathetic light string arrangement.
by Richie Unterberger 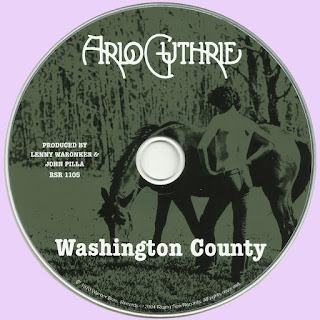 Free Text
the Free Text
Posted by Marios at 7:37 AM 10 comments: