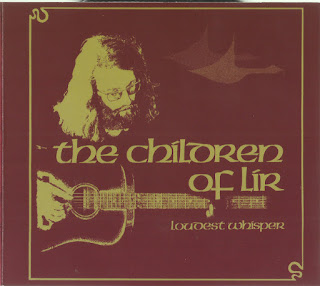 In 1972, Loudest Whisper guitarist Brian O'Reilly composed a folk-rock song suite of sorts, The Children of Lir, based around the legend of the Irish King Lir. As a theatrical production, it opened in Fermoy, Ireland in January 1973, and subsequently was staged in other towns. Shortly after that, the band recorded an album version of Children of Lir for the Irish branch of Polydor, though the resulting LP wasn't released outside of Ireland, and is rumored to have been pressed in a quantity of just 500 copies.

The record is respectable if unexceptional folk-rock with tinges of progressive rock, and like many such early- to mid-'70s albums with roots in the hippie era made outside of music industry capitals, it has a slightly lagging-behind-the-times feel in its basic production and earnest naïveté. It's a pleasant listen, though, integrating some guest female lead and backup vocals into a record that -- unlike some other Irish albums of the period that are sometimes billed as "folk-rock" -- really is full-band folk-rock, not an album of traditional folk material using some modern instruments or sensibilities, or a folk album of non-traditional contemporary material. Indeed, very occasionally -- particularly when high male vocals come to the fore, and especially on "Septimus" -- they sound like the quirkily wistful late-'60s British rock group Thunderclap Newman, who are far from most people's idea of an Irish folk-rock band.

For those who collect this sort of thing, it can be enjoyed without following the ostensible story line, the songs usually standing on their own as modestly enjoyable, if low-key and slightly somber, '70s British Isles folk-rock with harmony vocals and varied acoustic/electric instrumentation (including flute and string arrangements).

The album's been reissued on CD several times; the CD version with the most material is the 2006 version on Sunbeam, which adds historical liner notes and bonus cuts in the same style as the LP, including both sides of their rare 1974 single "William B."/"False Prophets"; "Wrong and Right," the 1976 B-side of their second single; two mid-'70s demos; and a ten-minute audio track from an Irish TV program with different versions of three of the songs from Children of Lir.
by Richie Unterberger 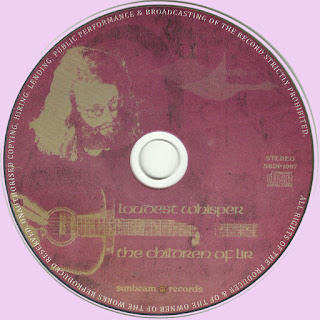 Free Text
Text Host
Posted by Marios at 8:36 AM 4 comments: