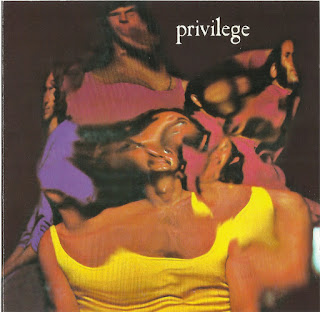 With Leonetti and Venturini responsible for all of the material, "Privilege" rocked way harder than anything in their earlier Soul Survivors catalog.  In fact anyone looking for another slice of 'Expressway To Your Heart' styled blue-eyed soul will be severely disappointed.  Neither Leonetti or Venturini handled vocals while in The Soul Survivors and it showed on tracks like 'Traitor' and the proto-punkish 'The Quiz', though that actually wasn't a major distraction given the set's raw hard-rock orientation. These guys were also smart enough to vary the sound with 'Circling' and the closer 'Sojourn' slowing the tempo down with a couple of power ballads. Leonetti acquitted himself particularly well, turning in some blazing guitar work throughout.  Highlights included the fuzz-guitar propelled rocker 'People' and the Hendrix-influenced 'Purple Dog', though George Thorogood should've covered 'It's Yesterday'.  Certainly not the year's most original album, but well worth hearing and one of the more pleasant surprises I've come across.  T-Neck also tapped the album for a single in the form of ''Taking Care of You' b/w 'People'
Bad-Cat
An acid rock LP on the Isley Brothers’ T-Neck label? Yes, the unlikely collaboration resulted from a Jimi Hendrix concert at New York’s Syracuse University, supported by the Isleys and mixed soul-rock group, Soul Survivors, who had worked with Tom Bell and Gamble and Huff. When Soul Survivors morphed into Privilege, they convinced the Isleys to sign them to T-Neck, the result being this rare self-titled album, a fine set of hard-rocking originals, expertly produced by the Isleys with plenty of stereo panning, blistering guitar from frontman Edward Leonetti, atmospheric organ from Paul Venturini and melodic bass lines from Jack Douglas, later an engineer for Aerosmith, Lou Reed and Cheap Trick. A true classic. 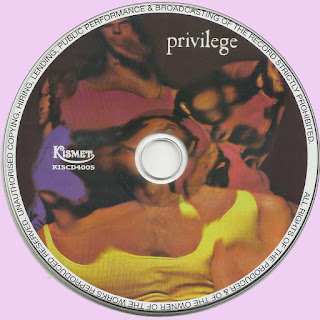