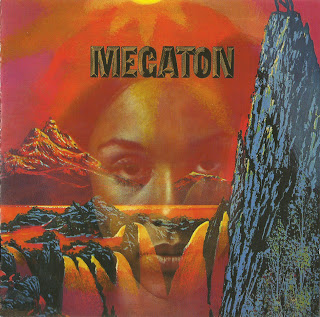 A thrilling, no-holds-barred, heavy rock treatment of a clutch of riff-based but fairly commercial pop tunes, Megaton'ssole album has plenty of admirers these days. Perhaps this should be a rock label staple, but the LPs origins are more pop than that with more akin to those ranks of over looked production library classics recorded for one purpose and taking on a different guise and importance to collectors years later.

One of the rarest Decca albums gets a legit release. Megaton was a one-off hard rock exploitation album recorded by Les Humphries and JImmy Bilsbury with unknown musicians in tow. Apparently Humphries and Bilsbury have a bit of a history in the European music scene - and not in a good way. They hit on success right after this album with The Les Humphries Singers. They seemed to dabble in different genres looking for a hit. Megaton was one of those projects. Its a curious affair that is obviously influenced by Led Zeppelin and Black Sabbath. Don't know who the singer is but he's pretty damn good! "Wanna Be A Hero" features a cool Iommi style riff with a neat flute solo laid on top.

Although the tracks aren't particularly long they do feature some killer guitar work and soulful "my woman don't understand" vocals. This is one to consider alongside Human Beast, Head Machine, Incredible Hog - although not quite of that caliber. Great liner notes spill the beans on the whole story of Humphries/Bilsbury. File under: Guilty Pleasure. 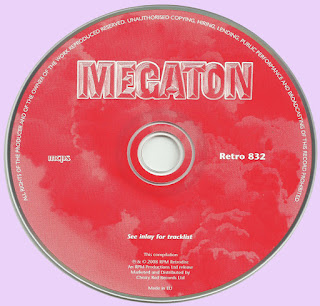