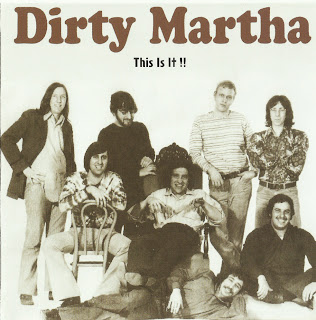 Two people inspired me to write these liners: 1) my best friend Tony Papa, who is the best recording engineer in L. A.,and was the drummer in all my bands of the 60's and 70's-an era I refer to as the "renaissance" of rock n roll, and 2) my younger and only brother, Tom (who after Leon, Billy and Elton is the best piano player I've ever known and who continues to inspire me to this day to become a better piano player. Tom also played with me in all our rock bands of that era).

Dirty Martha or its full original name Dirty Martha's Music Company was the culmination of a number of events. In 1968 Tony told me about a new group playing at the Trauma in center city Philly. That band was B.S.&T. with new lead singer David Clayton Thomas taking over for the band's originator and writer, Al Kooper (album- 'Child is Father to the Man'}.

It was the second show on a warm summer night and Tony and I laid across benches to listen to the first horn, rock n roll band I ever heard in my life. While I was in college, Tony and Tom were playing with an originals band called "Nickels n Dimes", an outgrowth of a high school band we formed called the Savoys. I had just graduated college where for 3 years I gave up gigging when Tony called me to go see B.S.&T. Tony and Tom (who was about to enter a music college where he earned a Masters in music performance) were playing frat house parties & clubs at the New Jersey shore.

After I saw the concert I "forced" my way into their band as bass player. About 6 months later, brother Tom became friends with an awesome lead singer and songwriter, Lou De Meis, while at Combs College of Music and, as they say, "the rest is history". We started Dirty Martha as a horn band with 8 pieces and began writing original material we recorded in a studio (MSI Recording Studios) we set up and owned at the time in riot torn Camden City, New Jersey, above a Spanish food market.

These recordings are saved for posterity thanks to Tony Papa, who believed in our music despite countless rejections after our many trips to the Brill Building in NYC and his avocation for the music business in his 40 years, the last 30 which he has spent in Los Angeles, recording and producing.

After 40 years, Dirty Martha the album,sees the light of day. God, how we wish for those days again. I hope you enjoy the music as much as we enjoyed being a part of an awesome time in the music business. Check out Tony's web site at www.tonypapa.net for more information on the band.
by Duke D'Anastasio 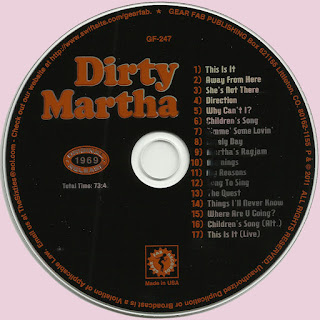