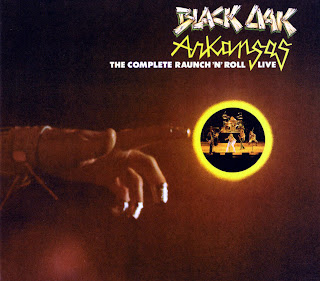 It can't quite be said that 1973's Raunch 'N' Roll Live is the album that made Black Oak Arkansas -- it did not chart as highly as records that immediately followed it, nor did it have a hit; in fact, it was released a year before they had their first hit single in "Jim Dandy" -- but it is the definitive BOA album, the one that is widely regarded to capture the essence of the band.

That's because it did what all good live albums should do: it boiled the group's erratic studio albums down to the best songs, and then it presented the band in full flight. And Black Oak Arkansas was always a band known for its live shows, due as much to the antics of proto-David Lee Roth frontman Jim Dandy Mangrum as due to the group's dirty Southern boogie. It wasn't to everybody's taste -- some loved the sleaze the group spit out, some thought Jim Dandy was jive, some just wished they were as nasty as they wanted to be -- but Raunch 'N' Roll Live was the place to decide whether you liked the band or not.

The same could be said of Rhino Handmade's 2007 expanded double-disc reissue of the album, but this deluxe set, now titled The Complete Raunch 'N' Roll Live, ain't for neophytes, it's for those who have loved the album for decades and want to hear some more of where that came from. And that's what this set provides: it contains the entirety of the two gigs -- a show in Portland, OR, on December 1, 1972, and a show in Seattle the following night (oddly enough, both concerts were given at venues called the Paramount Theatre) -- that provided the raw material for the initial single LP, which is a whole lot of boogie.

This kind of sprawl takes away from one of the chief appeals of the original Raunch 'N' Roll Live -- namely, that it was a lean-and-mean, down-and-dirty LP. Now, it takes its time, with more booze and blooze and Jim Dandy patter, which may wind up having the effect of wearing out all but the most ardent fan. But for those fans, this is sure to be something close to a dream come true.
by Stephen Thomas Erlewine 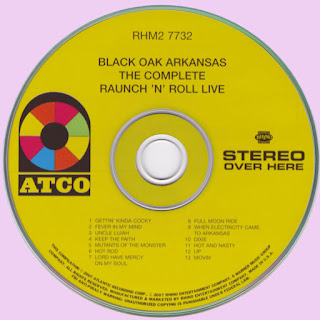 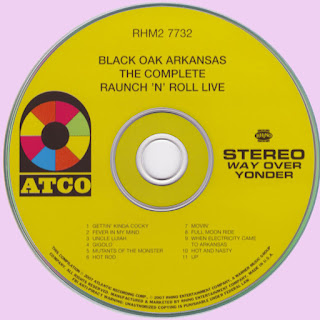