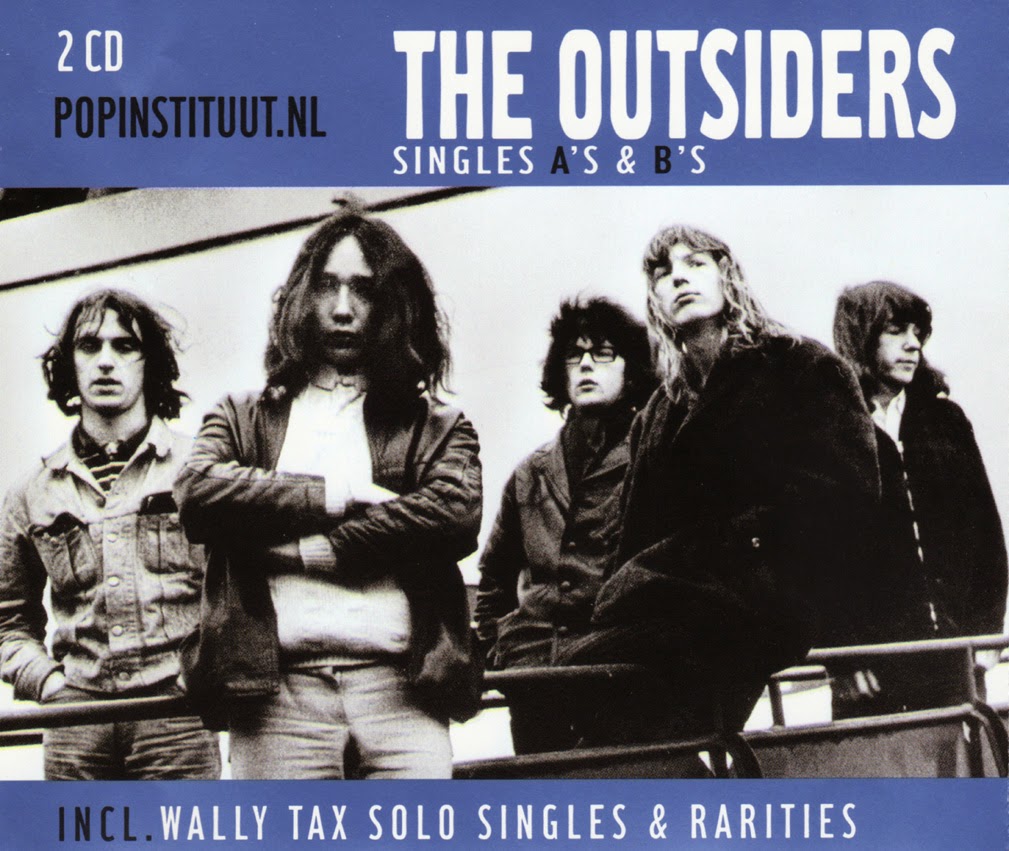 The Outsiders were formed in Amsterdam in the early 1960's. The line-up initially was Vladimir 'Wally' Tax, who sang and played rhythm guitar, lead guitarist Ronald Splinter, bassist Appie Rammers and drummer Leendert "Buzz" Busch. Maybe you've heard of them, maybe not. Chances are if you have it was something along the lines of 'they were to the Pretty Things what the Pretty Things were to the Rolling Stones'. Chances are you heard wrong. This was an extraordinary, incomparable group who've remained unduly neglected for too long. Why? The usual reasons - not commercial enough, going against the grain of the prevailing musical climate, not prepared to compromise - but there was one other serious problem. They were from Holland, and as such didn't exist at the time. Of course, if they'd been prepared to push their luck with a few gimmicks, the Dutch angle might have told in their favour. But no. They didn't even have the decency to record a single cover version in their entire career, during which they recorded about 50 songs. Talk about asking for trouble.

By the time they recorded their first single "You Mistreat Me"/" Sun's Going Down" on the Dutch label Musiek Expres in 1965 the above line-up had added Tom Krabbendam on second guitar (though according to Wally Tax he was "a lousy musician", a fact confirmed by Ronald Splinter, who added that it didn't really matter as Tom's amp was always turned right down!) and had acquired a reputation as a live act that was second to none, not even the UK and US acts who were foolish enough to let The Outsiders support them.

Their following was as committed and wild as their music and stage act, with the result that the band and their fans were banned from several Dutch venues. Still incredibly young (Rammers was the eldest at 19, with Tax, Splinter and Krabbendam being only 17) they released their second 45 on Musiek Expres the following year and then signed to Relax, a subsidiary of a Dutch classical label. Around the same time in Amsterdam they had supported (and, according to Tax, blew off stage) the Rolling Stones, which lifted their national profile to the extent that "Lying All The Time", their first 45 on Relax, reached #45 in the Dutch charts, not bad for a Dutch act apparently! To give the lie to the 'Dutch Pretty Things' tag utterly, the single featured Splinter's exquisite folk-rock 12-string, a strange, almost atonal bassline from Rammers and the by now trademark impassioned yet low-key (i.e. sung rather than screamed) vocal from Tax. Sure, they were influenced by groups like the Stones and the Pretties, though Tax has pointed out that as he and Phil May were friends the influencing may also have been in the other direction, but also by Love, the Byrds, Tim Hardin, Buddy Holly (very evident in the sound of some of the early Tax/Splinter songwriting collaborations) and European songwriters like Jacques Brel and Charles Aznavour. "Lying All The Time" was the first in a line of classic singles on Relax that included "Touch", "Keep On Trying" and "Monkey On Your Back", a series of 45s that compares more than favourably with the output of any contemporary UK or US outfit, passionate, raw songs that sounded like no-one else.

By autumn of 1969, Ronnie Splinter had had enough and quit music altogether for a while. The band disintegrated, with Tax and Busch forming Tax Free. Over the years, Wally Tax continued to write and perform in both solo and group formats, but with little or no recognition outside his native land. Long since deleted, original copies of Outsiders' records began to change hands for what might conveniently be described as Monopoly money prices. Only in recent years has it been possible to acquire CD reissues of the aforementioned records. The CD of the first LP features six tracks from the Relax 45s, whereas the CQ CD opens with the "I Don't Care"/"You Remind Me" 45 and finishes with "Do You Feel Alright" and two Tax Free tracks. Also, a double CD set entitled CQ Sessions was released which included three previously unreleased tracks from the CQ era plus 26 alternate takes or demo versions, some without vocals, thus giving a new slant to the tracks in that instrumental versions of tracks like "The Bear" and "Doctor" develop a life of their own. Also included are the first two singles on Musiek Expres, so despite a lack of attention chronology-wise the vast majority of the Outsiders' catalogue is at least in theory currently available through the Dutch label Pseudonym.

How many of you actually look at the section in PSF where all us 'rock journo types' tell you what are, no honestly, the 10 best records ever so you can all go out and buy them? If you're one of them, you might have noticed that my 10 changes from time to time. You know how it is. One thing doesn't change though; I really don't think I could ever come up with 10 LP's that I get more out of than CQ. I really can't emphasise enough that all this sub-Pretty Things business is so much shite. Nor is it even vaguely near the truth that they were the top of the 2nd division garage heap or some other condescending sort of 'compliment'. To say they never got the credit they so richly deserved is a bit like saying Charlie Parker used to play the alto saxophone a bit. Fact of the matter is, those responsible for the documentation of rock musical history as we know it OWE people like The Outsiders and always will. Do yourself a favour; seek out and obtain, by fair means or foul, the aforementioned reissues of their records. If you find that you regret it, don't come bleating to me about how I sold you short or whatever. I shall wash my hands of you utterly. On that you can rely. The Outsiders were one of the all-time greats of rock music and anyone who says different had better be outside in the car park in 10 minutes. I'll be waiting.
by Richard Mason, September 1998 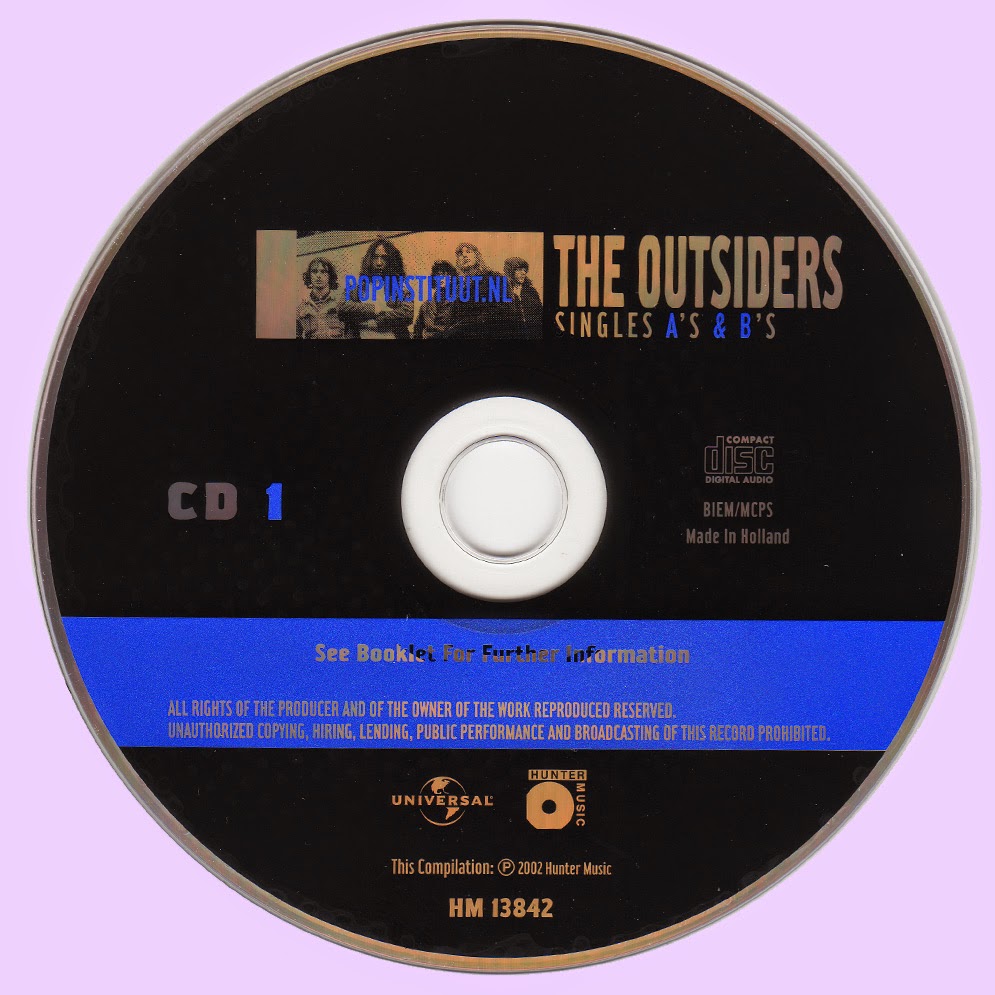 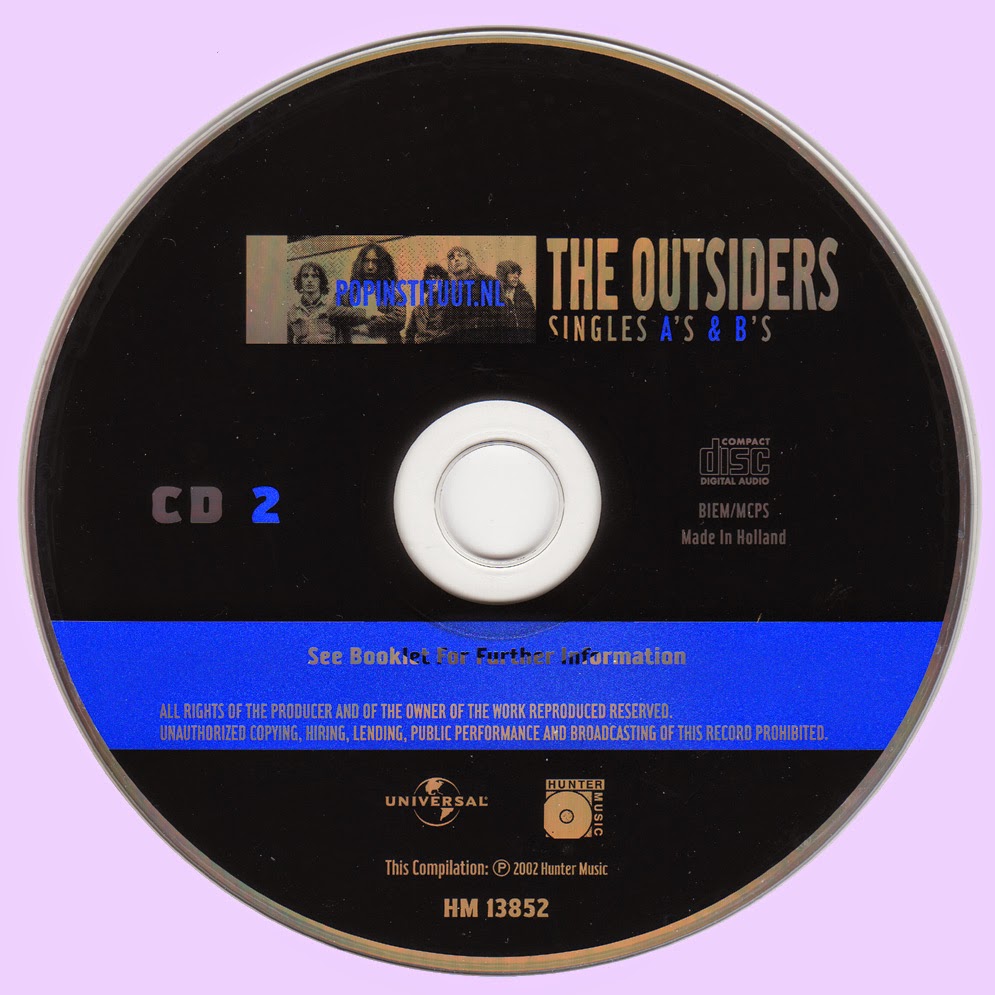 Free Text
the Free Text
Posted by Marios at 9:35 AM 9 comments: