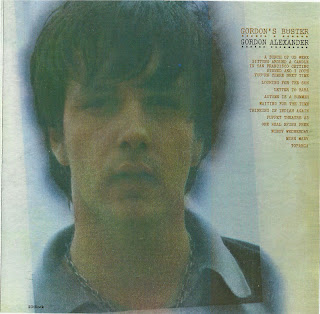 And that about covers it, except that in between he was half of a group called Peanut Butter ‘n’ Jelly, and then he was on his own again, and he met people who went wha? When he sang his songs. "I remember the first time Derek Taylor heard me, he was standing in the other room and I did this medley I had worked out back then - I did a lot of songs with this transition thing worked in between em - and suddenly he goes CRASH!, drops everything, falls against the wall, and then when I finished he comes over and he says, 'Well, I , oh - what good are words, anyway? I just wanted to say, I really enjoyed your... music.' And I'm saying 'Uh, right,' and the walls are going ka-choonga, you know? One of those mystical experiences."

Gordon met Clive Davis, the president of Columbia Records, who said something like 'yeah', and signed him, and Gordon finally made his album - something he'd waited for a long time, and while making it someone phoned in a bomb threat. "A bomb threat, can you imagine? But we kept on recording. Studio time is scarce at Columbia." One of the strange things about Gordon is the way he sings: hard to describe, one of those things you have to hear. He sings echo with himself, sends his voice around the corner, through a filter, brings it back again, sings echo with himself.

The music at first hearing may sound foreign, jarring, unapproachable - especially the more electronic space songs. Maybe you can't see it at first, but then later when you find it has all worked out, it is most accessible. The first album Buster, doesn't have too many really difficult electric space songs. "We thought we'd keep this one pretty basic," Gordon says. "But I certainly do try to remind people about life and death and those things."
Eye magazine, December 1968 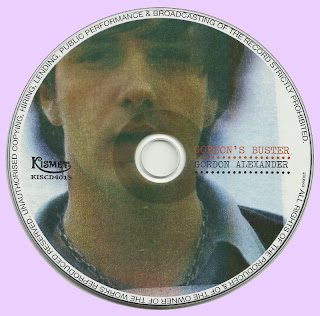