Bread Love And Dreams - The Strange Tale Of Captain Shannon And The Hunchback From Gigha (1970 uk, dreamy folk, with baroque and sunshine pop trickles) 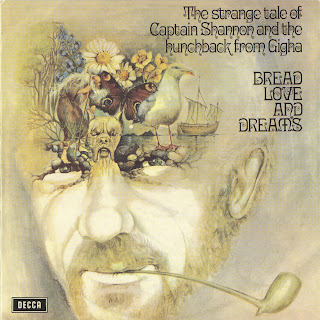 The mouthful named Bread Love and Dreams was a relatively short-lived two woman/one man folk trio hailing from the fair township of Edinburgh, Scotland. The self-titled debut in 1969 failed to ruffle any feathers. Their producer, Ray Horricks (Davy Graham, The Human Beast), had taken the original four-track recordings made by David McNiven, Angie Ray, and Carolyn Davis without their knowledge, threw them on an eight-track, and tacked on a bunch of strings. Horrick’s idea was to turn it into a concept album, but sales figures indicate that no one got it. Davis walked half way out the door after that, to unsuccessfully embark on a solo career. Somehow, by an act of uncertain mercy, McNiven and Ray were granted an extension to their Decca contract and headed back into the studio with Mr. Horricks.

The Strange Tale Of… and Amaryllis were recorded simultaneously, with the idea of releasing them together as a double LP. Horricks invested more of himself and his contacts into these sessions. As such, he pulled in the rhythm section from Pentangle and select session musicians to fill out the compositions. This time around, McNiven worked closely with an orchestra conductor, giving the new works a more natural feel over the debut. However, Decca was in the business of making money at whatever cost, just like most RIAA labels, so they split up the albums. Captain Shannon saw release in November of 1970 and Amaryllis mid-way through ‘71. The former was drenched in personal experience and the latter focused on more mystical songs, but neither was seriously promoted. After a brief supporting tour, Bread Love and Dreams was no more.

Though they were intended as two sides of a coin, I prefer the straightforward, semiautobiographical nature of Captain Shannon, and believe it to be their most essential work. Amaryllis was weighed down by its 21-minute long opening title track, which was really several songs mashed together, while its partner had a much more even tracklisting. Shannon opens on the lovely Dylan-esque “Hymn To Sylvia.” Written about a female biker in a rough London roadhouse, a flowing church organ and touches of harmonica rounds out a warm, traveling bassline and twin acoustic guitars. It’s the kind of tune to make you fall in love with strangers, and sets the tone of the record. There are characters everywhere you look.

Ignoring the slightly sloppy bongo, “Masquerade” predates Trooper with a ballad about a homicidal car thief. Ray’s voice is sampled, looped, and altered in a fashion ahead of its time, while an electric guitar rocks out as seriously as anything the band ever did. The saxophone there adds a nice punch to accent the chorus. The lone Carolyn Davis contribution, “Purple Hazy Melancholy”, takes things down a notch with sorrowful, otherworldly female vocals and a contemplative acoustic intro. Complimentary strings and horns eventually join in, making the track a wonderfully understated epic. It draws you in and makes you stay.

They don’t make albums much like this anymore. Sure, neither Captain Shannon nor Amaryllis did very well commercially, but McNiven himself notes they were probably released as part of a Decca tax scam, noting that they were promoted about as much as Andrew “Dice” Clay’s recent comeback tour. Sunbeam’s reissues (Amaryllis popping up late in 2007) were made with complete cooperation with the band, who provide a forward and lengthy, worthwhile explanations of each song. The few random photos are nice too. That makes this pressing of the lost Scottish acid-folk classic the most definitive yet.
by Alan Ranta  (PopMatters Contributing Editor) 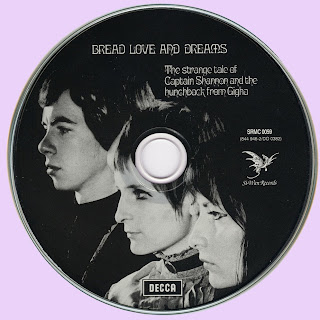 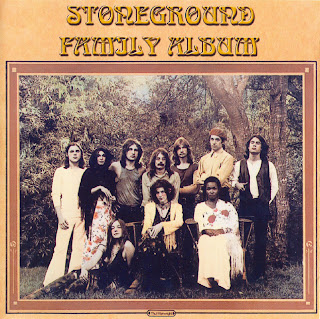 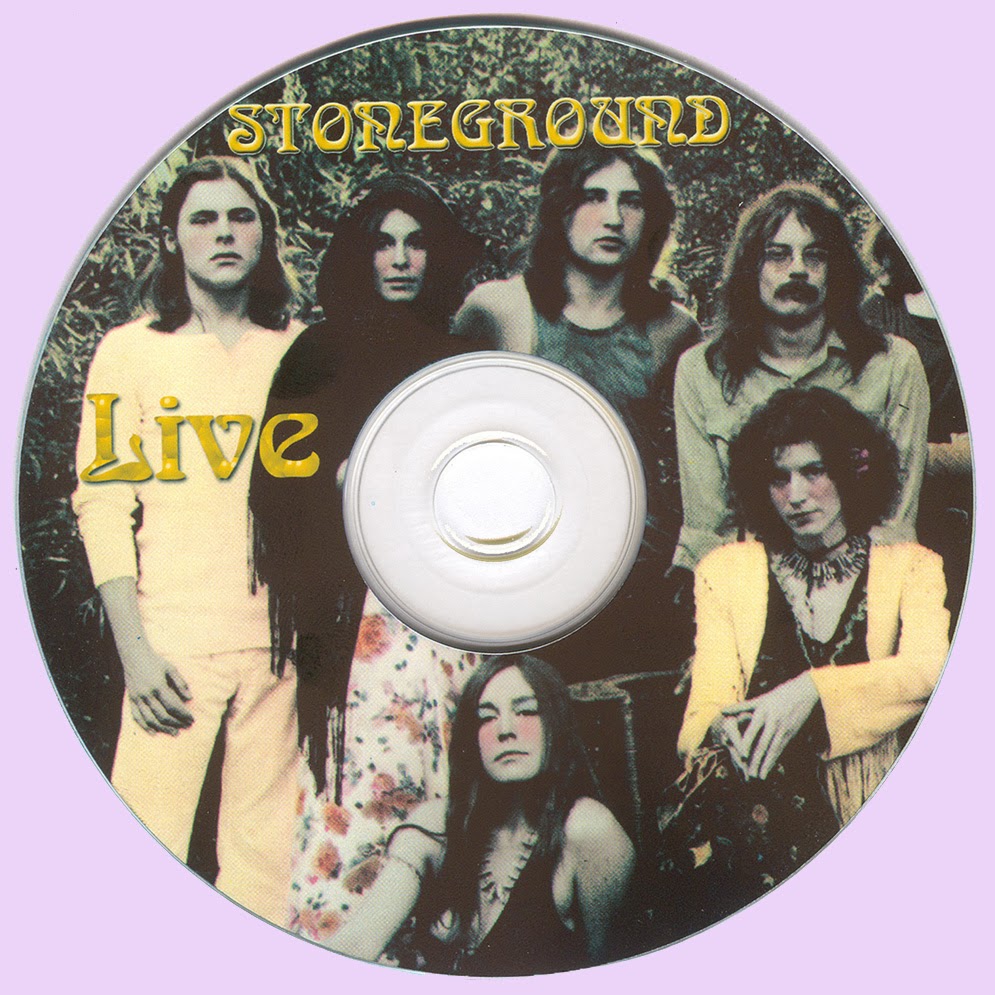 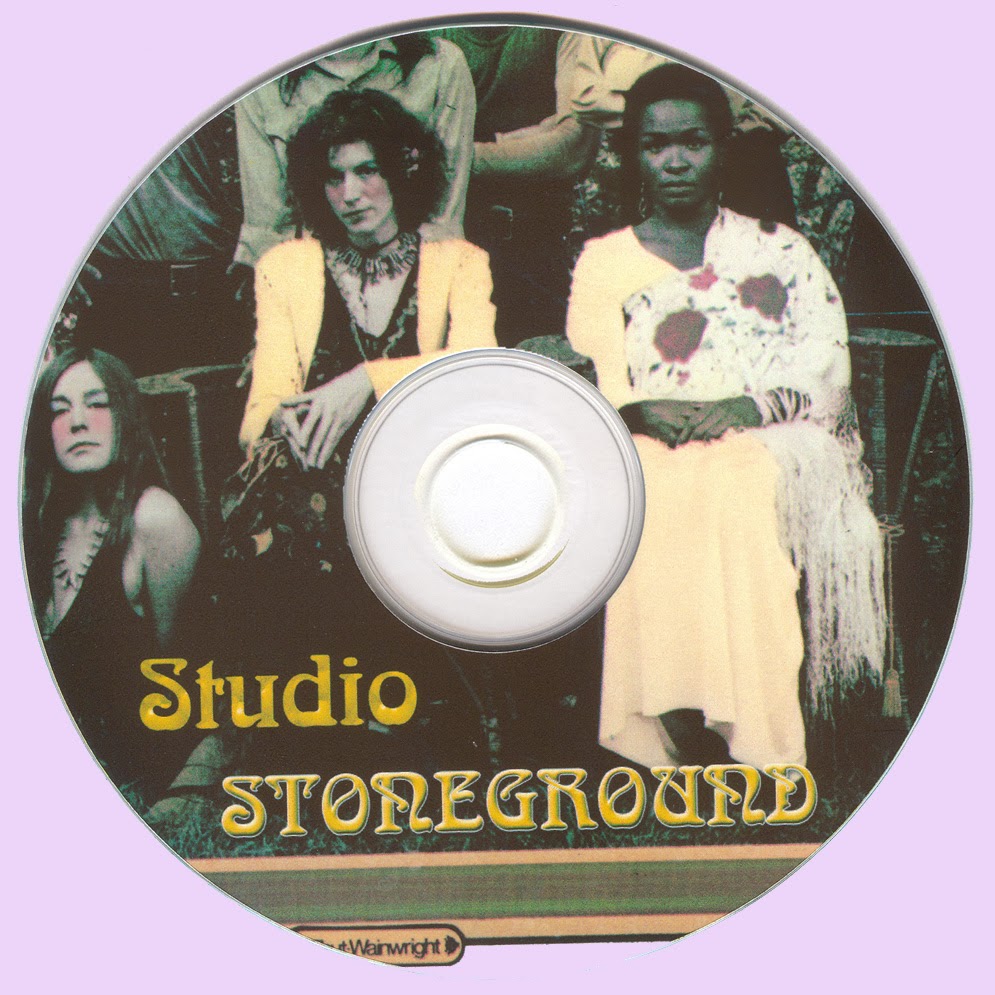 Free Text
Just Paste
Posted by Marios at 12:33 AM 6 comments: