Pacific Gas And Electric - Get It On / The Kent Records Sessions (1968 us, awesome blues rock, 2009 Ace extra tracks remaster) 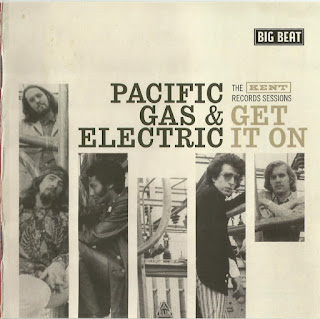 For decades, Pacific Gas and Electric’s “Get It On” has been considered one of the lost classics of blues-rock. Released on three different labels in less than two years, it has been out of print since the early 1970s.

Not long after making this record, the group signed a big recording deal with Columbia, where their engaging blend of blues, funk, rock and soul won them international acclaim and scored them several hits and best sellers. The “Get It On” sessions presented an altogether more torrid side of PG and E, with the electrifying lead guitar of former James Gang alumnus Glenn Schwartz pushing the group’s black lead singer Charlie Allen to aggressive heights that their later work seldom achieved.

This energetic selection of blues and soul standards was mostly cut live on the studio floor, with few to no overdubs - and because it was recorded in this way, I was delighted to find that there were enough alternate takes, unissued jams and finished masters to double the original running time of the album for this CD. Many of these were mixed down for this release by Ace’s good friend Rob Keyloch, who has done remarkably well in staying true to the spirit of the original 1968s mixes.
by Tony Rounce 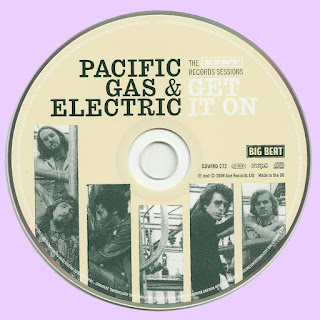