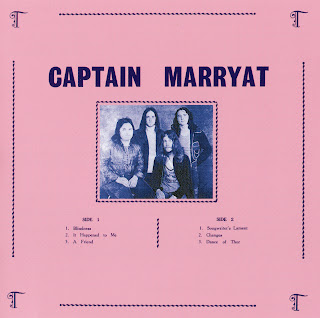 1974 was a banner year for what has become known as progressive heavy rock. Bands such as Lucifer’s Friend, Beggars Opera, and Wishbone Ash were all in their heyday. The heavy organ and guitar sound was all the rage. Deep Purple had just scored with “Woman From Tokyo,“ and Uriah Heep with the great “Stealin.“ Even Iron Butterfly were still in the game, with the underrated Scorching Beauty LP.

Enter Scotland’s Captain Marryat. They took their name from a London author, and associate of Charles Dickens, Captain Frederick Marryat. It is interesting that they chose a friend of Dickens for their moniker, as the character of Uriah Heep comes from the Dickens novel David Copperfield.

In those heady, post-hippie days, a band like Captain Marryat could make a living on the Scottish pub circuit. When they felt they were ready, the band recorded and self-released their one and only LP. It was done as a demo to drum up interest from the majors more than anything else.

With only 200 copies of Captain Marryat ever pressed, the original album is a highly valued collectors item. Copies have reportedly changed hands for over 3,000 Euros recently. While the original is obviously a rare and attractive piece for vinyl fetishists, what about the music itself?

I am happy to report that the Captain Marryat record is as faithful to the genre as anything I have ever heard. From the opening, Phantom Of The Opera-type keyboard trills of “Blindness” all the way through to the prog-mania that is “Dance Of Thor,” Captain Marryat are brilliantly of their time.

The second song on the record, “It Happened To Me,” is the band’s tour-de-force. At eight minutes, it is also the longest track here. They needed that amount of time to get the full guitar and organ solos in though, and I for one am very grateful.

The guitar solo followed by an even lengthier organ solo is the format Captain Marryat holds to pretty consistently in the instrumental sections of their songs. Until we come to “Changes” that is. The tune seems to be their bid for airplay, as it is certainly the most radio-friendly cut on the record.

The six minute instrumental “Dance Of Thor” closes Captain Marryat out, and it is a thing of beauty. On top of a driving drumbeat comes the power-organ of Allan Bryce, followed by Ian McEleny’s searing guitar work. Last but certainly not least are the sounds of thunder, in honor of Thor, the original god of thunder.

There is not a lot of middle ground with Captain Marryat. You either love this type of early-Seventies European progressive hard rock, or hate it. I totally dig it, and will be filing this disc between Banquet by Lucifer’s Friend, and Uriah Heep’s The Magician‘s Birthday.
by Greg Barbrick 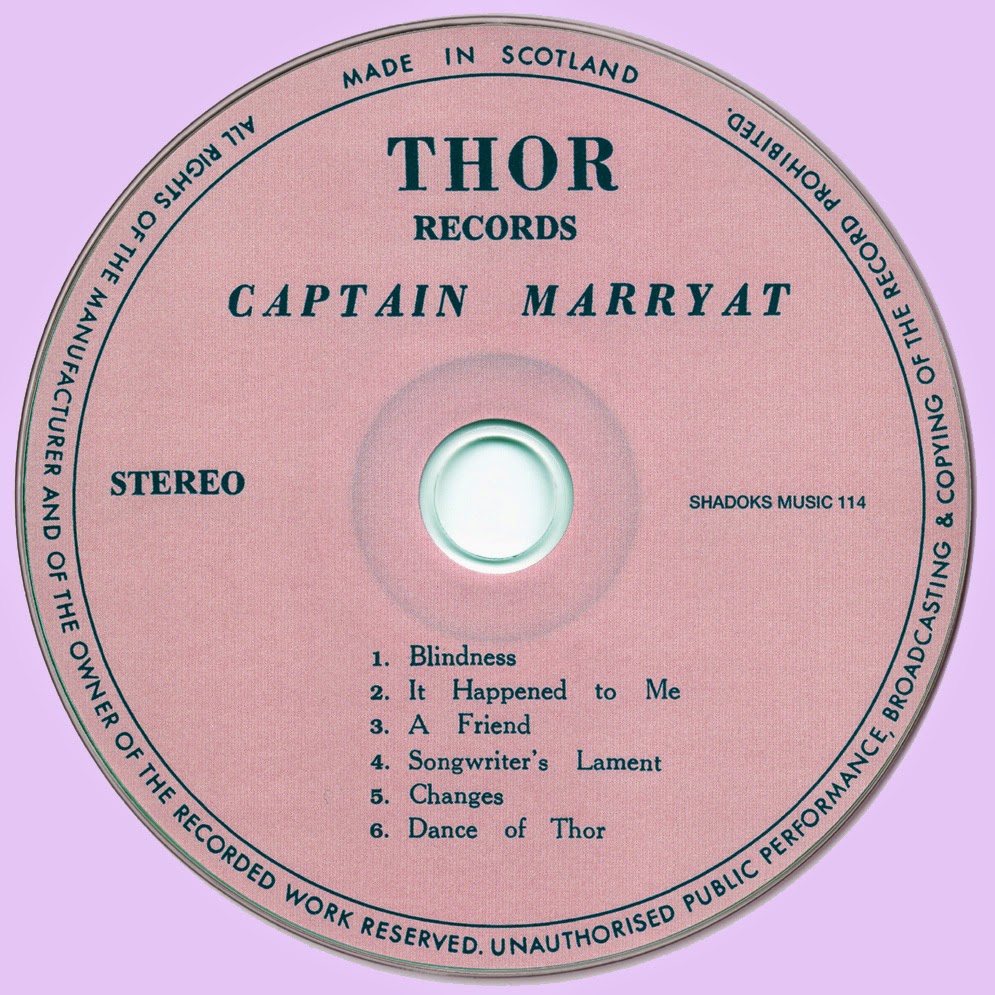