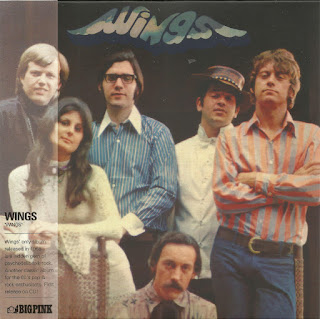 The American folk-rock group Wings -- not to be confused with Paul McCartney's 1970's-era band -- is one of the more enigmatic recording outfits of their era, partly owing to the fact that although they managed to cut an entire album, nowhere on its packaging were any credits or other information about the group, just a photo. They were actually an off-shoot of Spanky & Our Gang and the Serendipity Singers, with members who had played in the early incarnations of groups such as the Jefferson Airplane and who would later go on to work with bands such as Mountain.

The group initially came together as a trio consisting of Oz Bach (ex-Spanky & Our Gang), Pam Robins (ex-Serendipity Singers, and Eddie Simon, but the latter was subsequently replaced by guitarist/singer Jim Mason (co-author of the Peter, Paul & Mary hit "I Dig Rock And Roll Music"). Their line-up was rounded out by keyboard player Steve Knight, lead guitarist Jack McNichol, and drummer Jerry Peloquin. The group spent most of late 1967 and a big chunk of 1968 performing, and got to play as the opening act behind bands like Big Brother & The Holding Company, and got a recording contract with ABC-Dunhill Records -- at the time, they seemed like a potential successor to the Mamas & The Papas, especially once producer Steve Barri heard Pam Robins' powerful vocals.

Despite a nicely honed sound and a year of work together, however, the group never got their act together or their signals straight; even the selection of the name "Wings" was sheer serendipity, after an extended period of disagreement, a suggestion by one of Jim Mason's friends. The finished album, produced by Steve Barri -- who, with his backgound as a member/producer of the Grass Roots, knew a thing or two about the folk-rock sound -- never sounded as good as it might have, reportedly due, in part, to the way that it was mastered, and they were unable to agree on a direction or a sound to emphasize when it came time to tour behind it.

Despite some minimal success for the song "General Bringdown", the LP and the group vanished into history -- Peloquin, who had played with the Jefferson Airplane in its earliest days, continued working into the 1970's with various bands before giving up music, and Steve Knight later played with Mountain, while Oz Bach, who passed away in 1998, went on to form Tarantula and to a career as an actor and filmmaker. Paul McCartney later picked up on the group's name for his own uses, which has resulted in the occasional spectacle of unknowing vinyl enthusiasts finding the American group Wings' self-titled album and thinking they may have latched on to a McCartney-related rarity. Their sound was actually closer to that of the Mamas & The Papas or the Stone Poneys.
by Bruce Eder 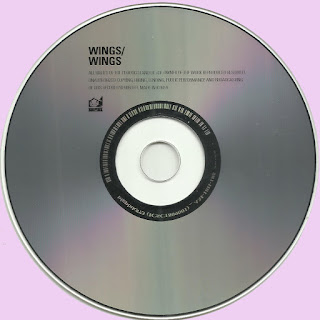 Free Text
Just Paste
Posted by Marios at 7:39 AM 8 comments: