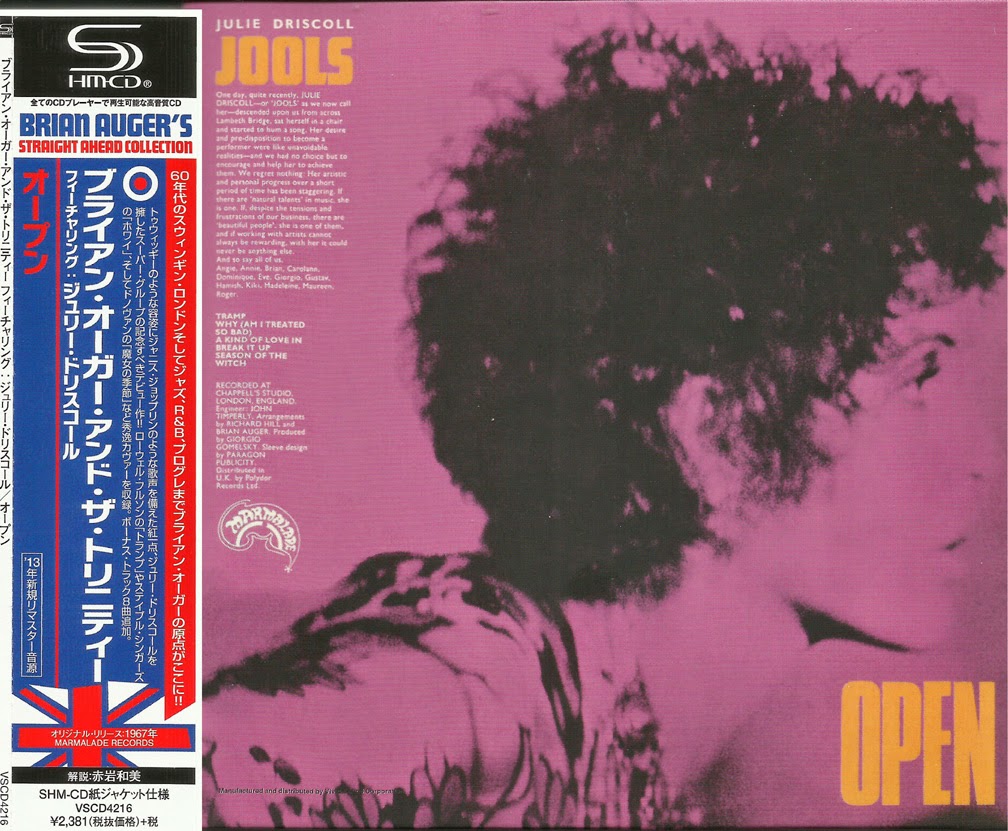 From the outgrowth of Steampacket, a band that included not only Brian Auger and Julie Driscoll, but also a young Rod Stewart, came Auger and Driscoll's collective effort that produced two albums. When Driscoll left in 1969 to pursue a solo career, Auger, drummer Clive Thacker, and bassist Dave Ambrose continued as Brian Auger & the Trinity. Open has been unfairly characterized as a kind of groove jazz rip, one that combines Wes Montgomery, Jimmy McGriff, and the rock sensibilities of the psychedelic era. Whatever. There are many tracks here, from deep grooved funky jazz to lilting ballads and greasy blues numbers and the skronky exotica number "Goodbye Jungle Telegraph."

Auger may not have been as gifted an organist as Alan Price technically, but he could more than hold his own on the Hammond B-3 (as evidenced by the first two tracks here which are instrumentals, "In And Out" and "Isola Nate"). He was also able to pull more sounds out of the instrument than any of his peers. Auger wasn't much of a vocalist, but he could dig deep and get the emotion out of a song -- especially in a funky number like "Black Cat," which featured a killer though uncredited studio horn section. Driscoll's contributions are all on the second half of the album, beginning with the shuffling choogle of Lowell Fulsom's "Tramp," continuing through a moving reading of Pops Staples' "Why (Am I Treated So Bad)," two Auger originals, and concluding in a reading of Donovan's "Season of the Witch" that single-handedly established her reputation as a vocalist of great interpretative ability and emotional dexterity. Almost eight minutes in length, it is the perfect interplay for the quartet with its dark, smoky swirling energy and extant soul groove, and capos the album on a high note, making it a delightful precursor to the classic Streetnoise which was to follow.
by Thom Jurek

The debut LP from the team of Julie Driscoll (vocal) and Brian Auger & the Trinity's (organ/vocals) -- took less than six hours to complete. Under the care and watchful eye of legendary producer Giorgio Gomelsky, the ten performances were essentially cut live at Chappell Studios, London, in front of a small group of friends attending the sessions, who are audible between tracks. They took the novel approach of having Auger and company on one side, with Driscoll joining in for the second. An obvious influence on Auger's keyboarding, if not choice for material, is the legendary Jimmy Smith (organ).

Auger commences his section with an inspired reading of Wes Montgomery's limber "In and Out." His ostentatious original rave-up "Black Cat" kicks off with a full frontal brass-fuelled blast, recalling the Miracles' Motown classic "Going to a Go-Go" before Auger launches into his (thankfully) one-off vocal. Granted, his singing isn't as incendiary as his playing, but it does give him the rare opportunity to pull double duty. For a direct contrast, the lovely and languid "Lament for Miss Baker" is a pining, introspective acoustic piano outing. While conspicuous when compared to the majority of Open, it is an apt illustration of Auger's remarkable sensitivity and stylistic diversity. The tribal vibe of "Goodbye Jungle Telegraph" flows freely as the driving percussive rhythm is similar -- if not a foreshadowing -- of Ginger Baker's excursions with Fela Kuti. Especially the definite undercurrents of the early-'60s Afro-Cuban pop scene.

Driscoll's selections are observant of her distinct phrasing and full-bodied persona, ranging from the soulful lead on the remake of Lowell Fulson's "Tramp" to the intricate jazz changes peppered throughout the unhurried "Why (Am I Treated So Bad)." She's arguably at her peak, however, on the noir and trippy cover of Donovan's "Season of the Witch." More accurately, the pair are at their collective peak with an intensity that ebbs and flows over the simmering and meditative support. The four bonuses are of particular interest as they include a newly unearthed pulsating, up-tempo Felix Pappalardi composition titled "I've Gotta Go Now" circa 1967, as well as their incendiary overhaul of Bob Dylan's "This Wheel's on Fire" -- which was a Top Five U.K. single -- David Ackles' lonesome "Road to Cairo" and the Franklin Sisters' (as in Aretha, Carolyn and Erma) "Save Me." The remastered audio bests all previous incarnations, while the dozen-panel liner insert contains lots of memorabilia eye candy surrounding an essay from Mojo Magazine's Lois Wilson.
by Lindsay Planer 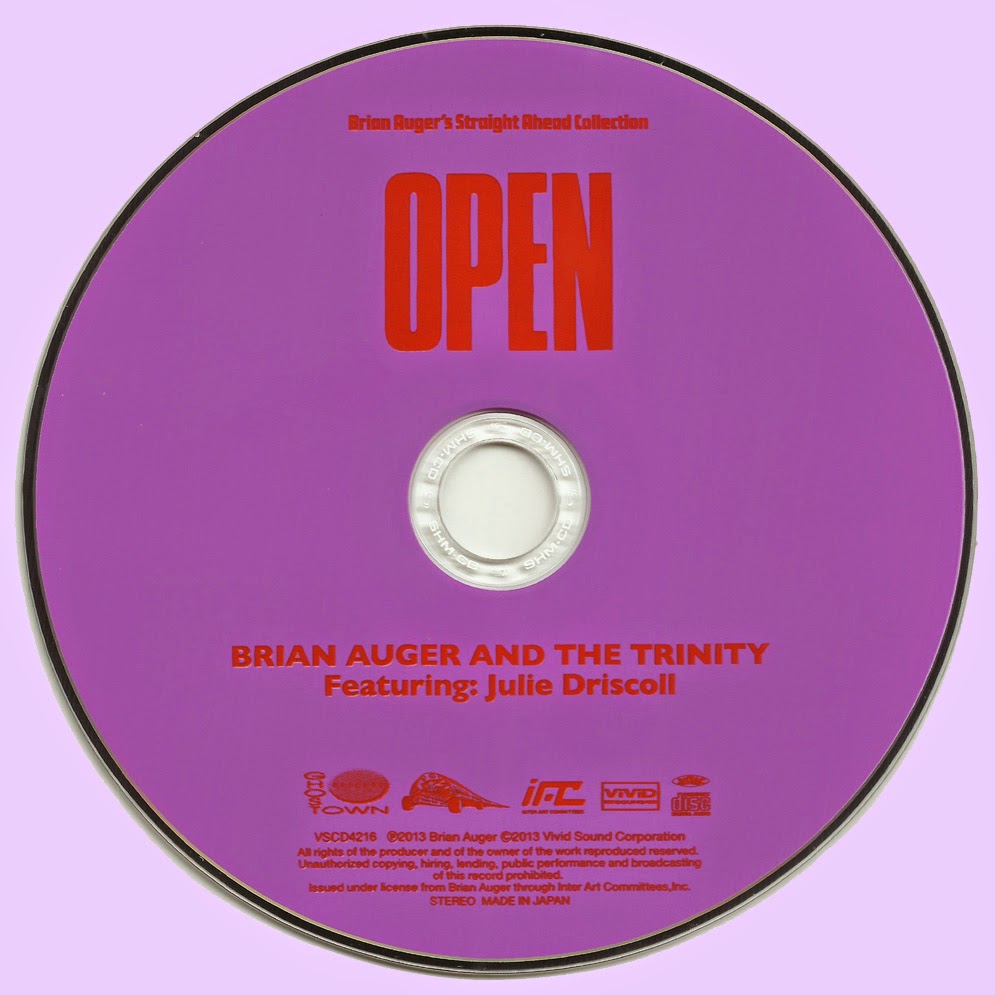