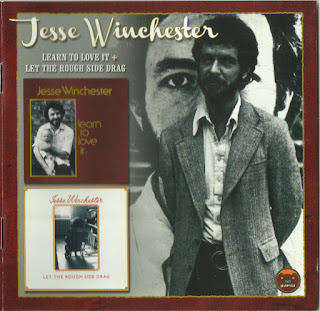 As the title suggests, making a virtue of necessity had always been one of Jesse Winchester's goals, and by the time of the release of his third album, the American expatriate had gone ahead and assumed Canadian citizenship. This seemed to free him to comment explicitly on his antiwar exile in "Pharaoh's Army" and especially a version of the old campaign song "Tell Me Why You Like Roosevelt" updated with new lyrics: "In the year of 1967, as a somewhat younger man, the call to bloody glory came, and I would not raise my hand." Elsewhere, Winchester continued to write love songs to his lost South ("L'Air de la Louisiane," "Mississippi You're on My Mind") and, to a lesser extent, to pursue the wistful philosophizing found on Third Down, 110 to Go ("Defying Gravity").

The sense that he was repeating himself was inescapable, however, and with one-third of the album written by others and two of the originals in French Canadian, it was also obvious that Winchester was straining to come up with material. Interestingly, the two Russell Smith songs included, "Third Rate Romance" (which Smith sang uncredited) and "The End Is Not in Sight," went on to become Top 40 country hits for Smith's group, the Amazing Rhythm Aces, in the next two years. Stoney Edwards took "Mississippi You're on My Mind" into the country Top 40 in 1975.

At his best, Jesse Winchester is an inspired songwriter with a unique worldview. But even at less than his best, he is a craftsman, capable of turning out an album's worth of well-written songs like those here that, now and then, suggest his personal viewpoint. The title track, another of Winchester's reflections on the importance of persevering under difficult circumstances, and "Damned If You Do," which suggests that you might as well follow your heart because you're in trouble either way, are up to his usual standard. But even slight songs like "Everybody Knows But Me" are clever and enjoyable, and overall, Let the Rough Side Drag, with its accomplished mixture of country and R&B, was Winchester's most accessible album so far, even if it was his least ambitious.
by William Ruhlmann 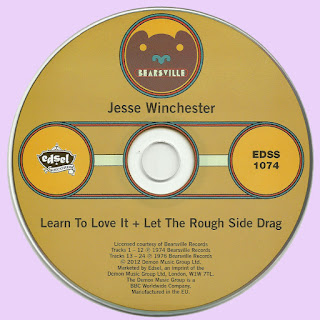 Free Text
Text Host
Posted by Marios at 5:05 AM 6 comments: