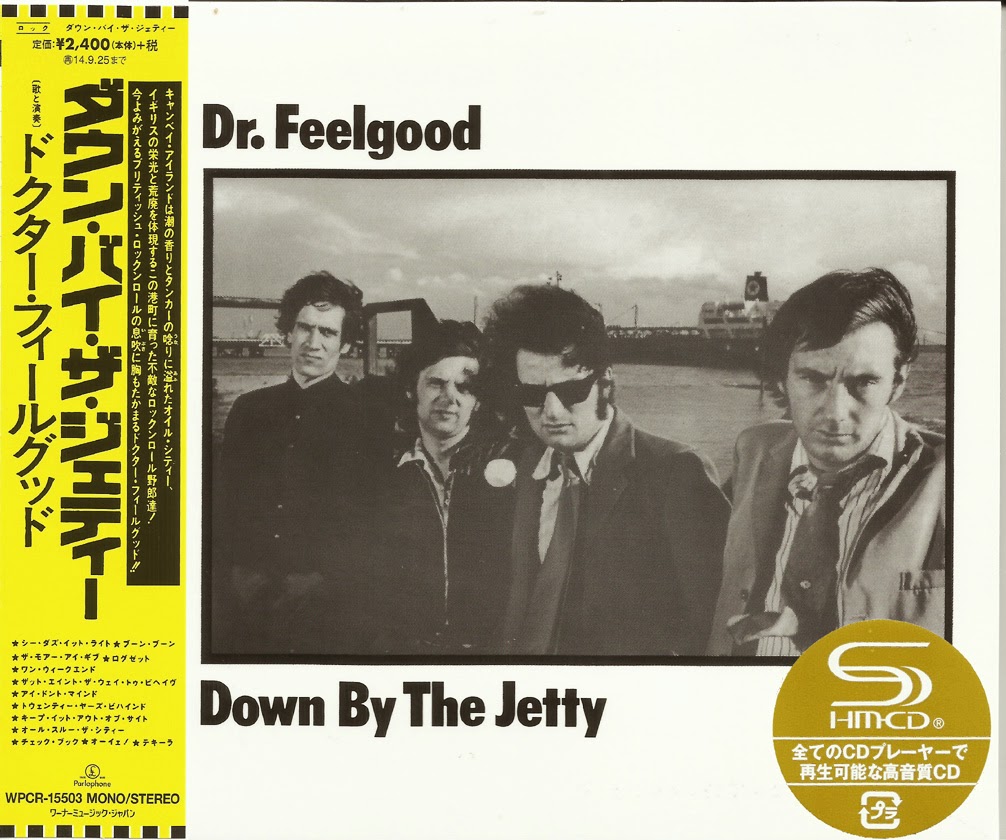 The  reissue of this album is a must-own release, even for those who already have one of the Dr. Feelgood anthologies currently available, neither of which has more like the 24 tracks here. The 1974 album, a magnificent first album, recorded in pure mono, has been transferred to CD in exemplary form, a clean, sharp, crunchy, close sound that recalls the sonic textures of the Rolling Stones' first album, even as they cross swords with the Stones' arch-rivals of the era, the Animals, with a superb version of "Boom Boom."

Released amid the burgeoning radio presence of acts like Thin Lizzy, Blue Öyster Cult, and Kansas, and the growing self-conscious profundity of Bruce Springsteen, Down by the Jetty was as refreshingly lean as anything the headline-grabbing '70s punks would later loose on the world, and as stripped down as the most basic roots rock. Lee Brilleaux's singing could go up against Eric Burdon's or Cyril Davies, and even take on elements of a thick rasp vaguely reminiscent of Howlin' Wolf (listen closely to "Roxette") and guitarist Wilko Johnson could play Jimmy Reed, Chuck Berry, or Bo Diddley licks with equally imposing (and seemingly effortless) virtuosity.

This record was one of the great '70s rock 'n' roll albums, right up there with the Groovies' Shake Some Action and anything CCR left listeners, and ran circles around the Rolling Stones' post-Exile on Main Street output. The final cut, a killer live medley of "Bonie Maronie"/"Tequila" with guests Brinsley Schwarz and Bob Andrews blowing saxes, was a taste of what they did on stage with astonishing regularity, and could have sent the Ramones back to the drawing board if the Queens-based quartet had heard it.
by Bruce Eder 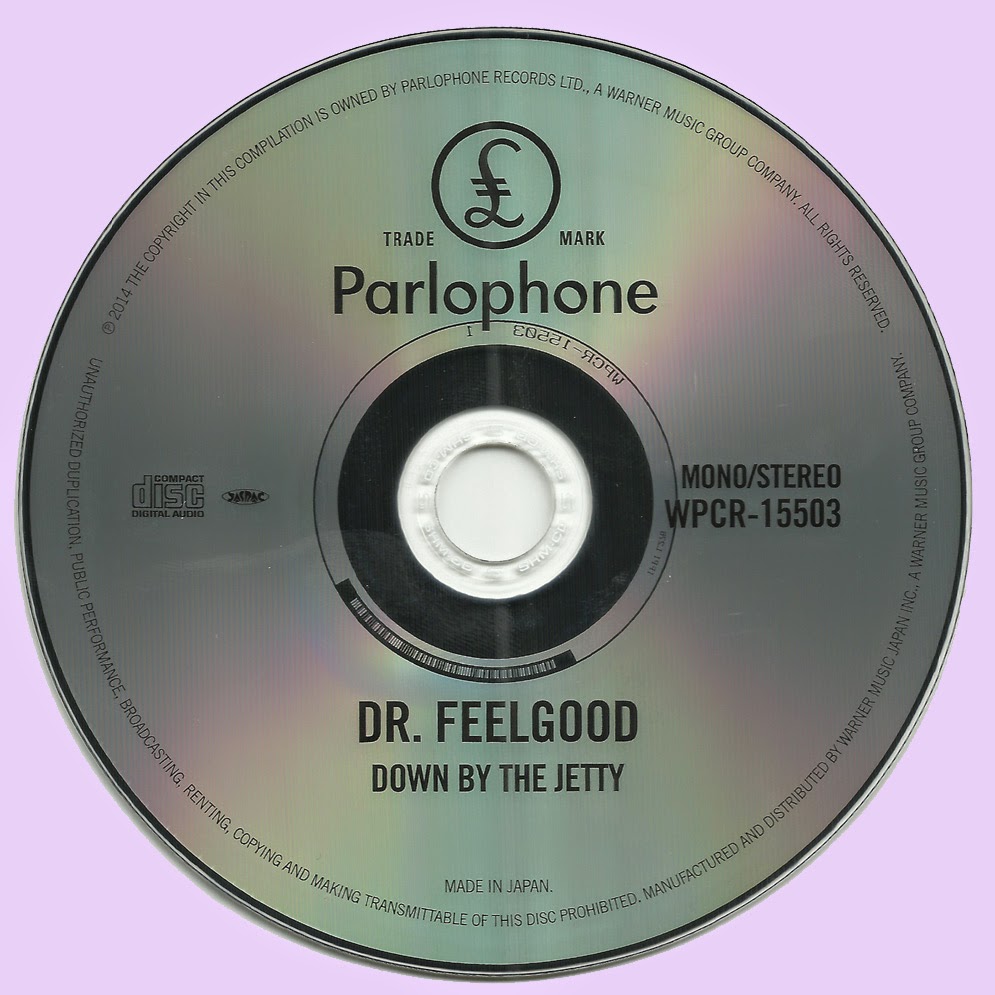 Free Text
Text Host
Posted by Marios at 4:11 AM 10 comments: