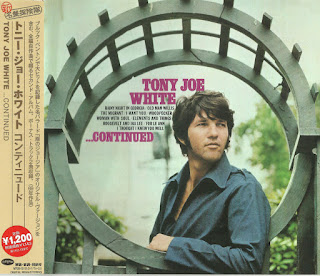 In a world of neurotic hygiene—of self-cleaning chopping boards, plastic-sealed furniture and such—it's little wonder Louisiana's "Swamp Fox" Tony Joe White never made it big. There's something just too funky (in the old-fashioned sense of the word), too rough and ready about his brand of blue-eyed soul for him to have been a household name. (Check the pic below if you need further convincing.)

White's ruggedness hasn't stopped the songs themselves from becoming massive though. Elvis's hit "Polk Salad Annie"? That's a TJW track. "Rainy Night in Georgia," as sung by Ray Charles and Randy Crawford? TJW again. Hell, even Tina Turner's "Steamy Windows" is a TJW song (he produced her entire Foreign Affair album). And you can find the best of White's songwriting on his musky, 1969 sophomore album, ...Continued.

White sings about what he knows about: the things he grew up with. So besides the heartbreak of "Rainy Night" and the outrageous sexiness of "Woodpecker," there are tales of rednecks out poaching chickens and eating bullfrogs ("frawgs"), all sung in his smoky, Southern baritone.

The musicianship is a treat in itself. White is backed up by players from the legendary Muscle Shoals studios, so there's no shortage of Hammond riffs, groovesome wah-wahs, deliciously lazy drumming and horns. And thankfully, Continued was released in its raw state; between songs, there's the sound of buttons being pressed, little half-conversations between White and the studio engineers, and plenty of giggling and grunting. Great album!
by Sophie Harris 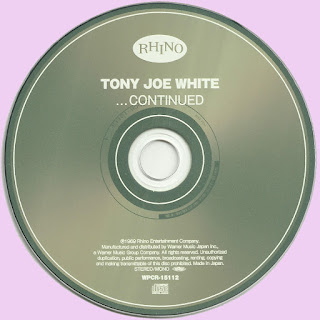 Free Text
Text Host
Posted by Marios at 10:22 AM 4 comments: