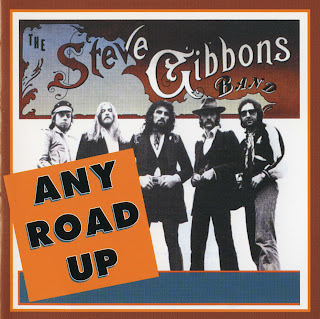 Gibbons' career actually dates back to the very end of the '50s. A rock 'n' roller with a special love of Elvis Presley's work, Gibbons was working as a plumber's apprentice in his native Birmingham, England, when he made the leap to a professional career, replacing Colin Smith as lead singer in the Dominettes, a local rock & roll band. He remained with the Dominettes -- who were renamed the Uglys three years later -- for the next eight years, as they went through numerous lineup changes and their sound evolved from rock & roll to R&B to psychedelia.

Gibbons himself became heavily influenced by the music and songs of Bob Dylan during the mid-'60s, which manifested itself for years after (and, indeed, into the '90s), starting with the Uglys' single "Wake Up My Mind." The group experienced many false-starts and thwarted efforts at chart success, and by 1968 Gibbons was the only original member of the Uglys still in the lineup. And the band essentially dissolved in a disastrous series of behind-the-scenes machinations of manager Tony Secunda, and Gibbons was among those left to find a new gig.

He initially joined former Move bassist Trevor Burton, ex-Moody Blues guitarist/singer Denny Laine, and his former Uglys bandmate Keith Smart in an outfit called Balls. by April of that year they had formed a new group called Balls, which didn't last long but did leave an album behind. Gibbons then joined the Birmingham band the Idle Race, which had lost Jeff Lynne to the Move not too long before. That configuration lasted for a few months, before it renamed itself the Steve Gibbons Band.

It was in this guise that Gibbons finally began his rise to stardom, at least in England. Gibbons fancied himself a modern-day rock & roll outlaw: dark features, surly countenance, mean disposition. His songs were essentially Chuck Berry updates (in some cases, simply Chuck Berry covers) about thugs, dealers, and good lovin' gone bad. Tight with Who bassist John Entwistle, Gibbons was able to land a contract with the Who's American label, MCA, and share the same management company.

The trouble was that Gibbons' career never amounted to much in the U.S., he was fairly popular in England, though. Following Down in the Bunker, Gibbons released two early-'80s records for RCA, and On the Loose for Magnum Force in 1986.
by John Dougan - Bruce Eder 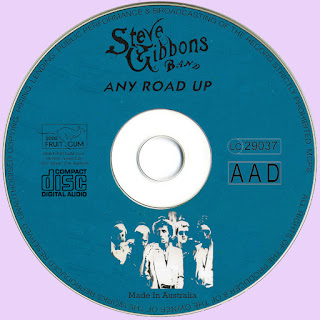