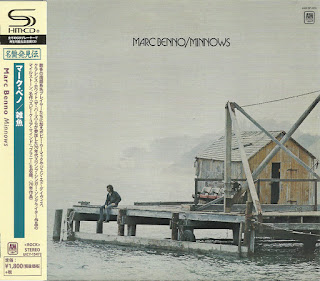 Marc Benno has been giving blues, rock n roll, and pop music an unmistakable Texas flavor for years. A singer/songwriter who plays the guitar and piano, Benno is a strong force behind some of rock and blues greatest talents making them sound even better. The list of legends he’s worked with includes The Doors, Eric Clapton, Lightnin' Hopkins, Stevie Ray Vaughan, Bill Wyman, Georgie Fame, Rita Coolidge, Eddie Murphy, Leon Russell and many more!

In the 60's, after performing in Dallas with Steve Miller, Boz Scaggs, the Eagles, first known as Felicity and The Moving Sidewalks, aka ZZ Top, Benno headed to Los Angeles to further his career. That put him in the right place at the right time!

Marc Benno recorded a pair of albums with Leon Russell as a duo under the name The Asylum Choir. These recordings are considered rock classics by Billboard Magazine. Benno was then picked to play guitar on an album by the psychedelic rock greats The Doors. The sessions were for the classic L.A. Woman (1971), the group’s last LP before Jim Morrison’s death.

Benno recorded four albums for A&M Records in Hollywood in the 70’s. Eric Clapton played guitar on two tracks from Benno’s 1979 album Lost in Austin, recorded in London, produced by Glyn Johns who was famous for producing The Beatles and The Rolling Stones.

He toured with Rita Coolidge as lead guitarist and band leader opening for The Byrds at Royal Albert Hall in London!

After two years serving as Lightnin' Hopkins bandleader and lead guitarist, Benno formed Marc Benno & The Nightcrawlers, opening shows across America for Humble Pie and The J. Geils Band. One of the Crawlers was a young guitarist named Stevie Ray Vaughan.

Benno’s career got an unexpected boost in 1985, when his song «Rock & Roll Me Again”, recorded by The System for the movie Beverly Hills Cop, won a Grammy for Best Composition for a Motion Picture Soundtrack!
...

Marc received serious airplay from Freeform radio during the early '70s. Enough, in fact, that A&M Records kept him for four records. David Anderle, around since the '60s Elektra days, and at the time well established, produced three of Benno's albums. Minnows was the best in many ways, it contained a handful of wonderfully introspective, well-crafted songs; "Speak Your Mind" and the stunning "Don't Let the Sun Go Down," were classics. Marc's vocals showed a certain vulnerability not heard on other releases. Personnel were picked from the A&M/Shelter/Oklahoma Mafia/Leon Russell stable, except for the interesting appearance by Clarence White.
by William Ashford 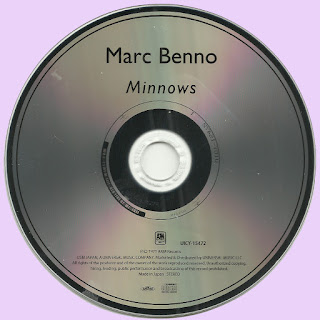 Free Text
the Free Text
Posted by Marios at 6:56 AM 4 comments: