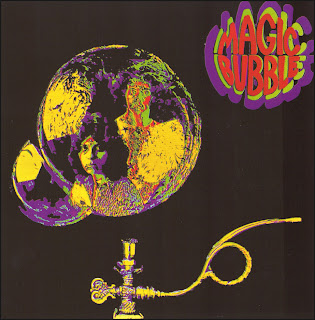 In spite of the group name, Toronto's Magic Bubble was essentially a duo consisting of siblings Frank and Rita Rondell. For their 1969 debut "Magic Bubble", the Rondells were backed by keyboardist Paul Benton, guitarist Wade Brown (who along with one Alex McDougall penned most of the material), bassist Brian Kirkwood and drummer Sonny Milne.

Produced by John Williams, musically the album's exceptionally diverse, including stabs at pop, hard rock, blues moves and even what sounds like an attempt at a calypso rhythm). That diversity is simultaneously a strength and a weakness. To our ears Rita has an okay, if less than overwhelming voice. While she has a bluesy voice that occasionally recalls Maggie Bell, exemplified by tracks such as "I'm Alive" and the ballad "If I Should Ever Love Again" she's largely relegated to handling the group's more pop oriented material.

Those performances are okay, if slightly under whelming. Her best performance happens to be her toughest vocal - "Cry Cry". That leaves Frank to handle the more rock-oriented tracks such as "Whiskey Fire", "Changes" and "Circles (Lonely Wind)". Occasionally sounding like a more rock inclined David Clayton Thomas, to our ears his performances provide the set's highlights, including one bizarre bluesy cover of George Gershwin's "Summertime". Elsewhere, there's only one real duet between the siblings; the funny "Me & Mr. Hohner". As far as we can tell the album didn't see an American release.

One final single "Who Turned the World Around" b/w "Ohio and Sun" (Columbia catalog number C4-3030) and the band was history.Rita relocated to Italy where she made a name for herself as a backup singer. In the late 1980s she returned to Canada where she started a solo career as Rita Chiarelli.
Bad-Cat 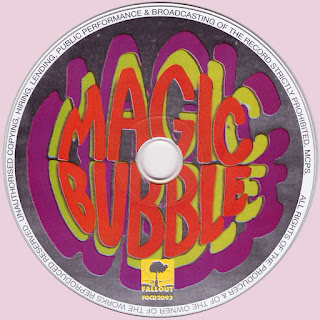