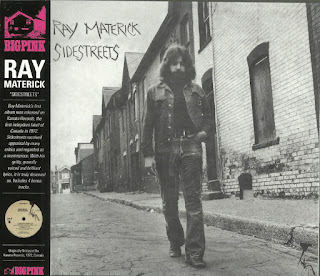 Ray Materick is a Canadian singer-songwriter, particularly popular in the 1970s, who continues to perform and create music.

Ray Materick is the son of an evangelical preacher, who had previously played saxophone, trumpet and clarinet in his own dance band, during the 1940s and 1950s.

Originally from Brantford, Ontario, Ray Materick came from a musical household, where his father played in a dance band prior to becoming an ordained preacher in the early '60s. But although the trumpet was pushed on him as a child, he found his brother's love of Elvis, Buddy, and Chuck Berry, more appealing. As a teen he turned to the guitar (which he'd tried around age 8, but found it 'too difficult.') and became interested in the songwriters, like Gordon Lightfoot, Kris Kristofferson, and Bob Dylan.

His first group was while still a teen, in The Chevron Sextet, which only lasted doing high school dances until he moved to Toronto in 1970. Two years later, after gaining some experience on-stage on coffee house circuit, he signed a deal with Kanata Records (argued as one of Canada's first truly indie labels).

London picked up the distribution, and working with producer David Bird, he released his debut solo album, SIDESTREETS later that year. Roots-based folk with a fresh approach, it produced a pair of singles that both made the Canadian top 40 - "Season Of Plenty" b/w "Goodbye," and "Hard Life Alone." Hailed by the critics.

Ray Materick's first album was released on Kanata Records, the first indepdent label of Canada in 1972. Sidestreets received appraisal by many critics and regarded as a masterpiece. With his gritty, gravelly voiced and brilliant lyrics, it is truly deserved so. Includes 4 bonus tracks. 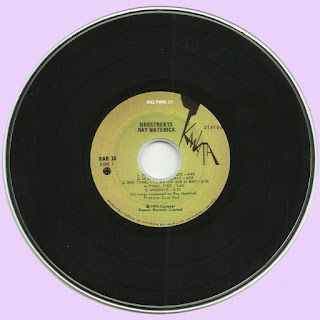