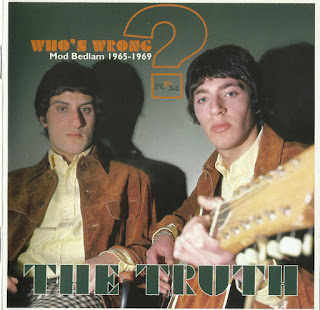 Frank Aiello and Steve Jameson were mods, but did they make mod music? Aiello and Jameson were the singers who comprised the British vocal group the Truth, and they were faces on the mid-'60s U.K. mod scene, frequenting the right clothing stores and hitting the right nightspots. But just as there wasn't a firmly codified mod sound in the '60s (it was often said that the Who were never really mods, though mods clearly liked them, and most of the kids on the scene were into R'n'B and bluebeat rather than rock), the record industry didn't put much stock in the Truth's mod persona, and ended up treating them like any other pop group trying to make their way onto the charts.

While Aiello and Jameson wanted to model the Truth after Sam and Dave or the Righteous Brothers, the closest they got to a hit was a polished cover of the Beatles' "Girl," and though they could handle pop as well as blue-eyed soul (in some cases better), their belated reputation as mod heroes is the product of a few stray tracks rather than the entirety of their catalog.

The Truth released just seven singles during their five-year lifespan, and Who's Wrong? Mod Bedlam 1965-1969 collects all 14 tunes on one disc, along with two unreleased numbers and a pair of songs released under the name Shere Khan. The sequence front-loads the tougher R&B numbers at the start with the more pop-oriented tunes following, but "Baby You've Got It," "She's a Roller," and "Baby Don't You Know" suggest the Truth were not at their best trying to sound like soul shouters, though the bluesy "Jailer Bring Me Water" gets over and "Who's Wrong" boasts some gutsy guitar work and a good melodic hook. Meanwhile, Aiello and Jameson sounded very much at home harmonizing on slicker pop productions, and their covers of "I Go to Sleep," "Walk Away Renee," and "I Can't Make It Alone" are more than satisfying.

If you're expecting some serious Mod Bedlam from this collection of the Truth's recordings, well, you might be a trifle disappointed, but as a compact look at one band's adventures in the U.K. music business in the mid- to late '60s, this certainly has its merits, and shows Aiello and Jameson deserved better treatment (and luck) than they got.
by Mark Deming 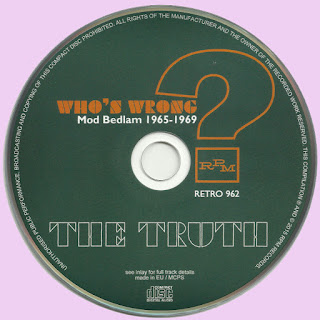