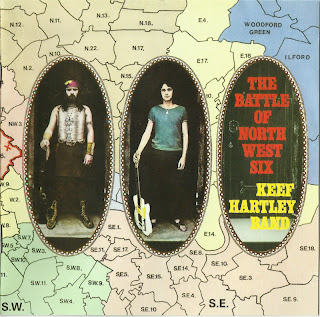 In the late sixties, record companies such as Decca, EMI and Pye were all controlled by very old men. They had a combined age of 493 and were used to producing very unrock & roll artists like Norrie Paramor, Max Bygraves and Geoff Love (Manuel and his Music of the Mountains)! And Dick Rowe bless him, well enough said! The only one around with any great sense of vision was George Martin - he brought us the Goons – a great big breath of life in a growing schoolboy and, of course, that famous Liverpool quartet!

Most of the traditional record companies were losing the plot; technology was going faster than their afterdinner brandies in the boardroom. I'd been working with several different producers and engineers in different studios as a session man. Regardless of what these major companies thought they were doing, it had become obvious to me that studio technology had left them behind and their pedigree, based on the fact that they had been around since the beginning of time, was not enough to convince anyone wanting more out of a recording studio than Max Bygraves! So enter the likes of Chris Blackwell and Terry Ellis and they realised, hang on a minute, we'll not only form our own label but we'll also invest in the latest studio technology.

Between 1966 and 1970 I worked sessions in those studios and realised that their technology far outstripped that in the studios of Decca, Pye, EMI etc. Why should I bother with Decca who had no imagination - at the moment, at any rate, they couldn't see beyond Mantovani. Due to the impact of Halfbreed that contractually was only supposed to be a one off, Decca thought we'd better tie this guy up for more. I was offered an eight album deal but I said, look if you want that kind of commitment from me, I need better facilities, in other words I would like to use outside studios. George Martin had done it with Air Studios; Chrysalis had done it with their own studios so I didn't want to settle for less.

Decca's 'new' studio was equipped with WWII surplus electronic equipment salvaged from Lancaster bombers or at-least it seemed that way to me! But, unfortunately and reluctantly I was forced to record the second album at Dacca's No.1 Studio but, as luck would have it, recording up in No.2 Studio was John Mayall and The Bluesbreakers with Mike Vernon as producer and Gus Dudgeon as engineer! We spent more time running up and down those stairs during the recording of The Battle of North West Six than we did recording the album as I had to take advice from Gus on the engineering problems we were having downstairs and he would say to our engineer Derek Varnels, "Listen Derek, throw away the book and the training manual - forget Mantovani - that way of recording doesn't exist anymore.

I couldn't get round Decca's edict regarding the studio operations but I worked around it by taking matters into my own hands and saying, "Sod the vu meters and the levels", I just wanted to use my ears to get the balance right. I was using brass players who were involved in the track just as much as drums or guitar and it was important to hear them at the appropriate times. So we got on with the work of producing the second album after the success of Halfbreed, but this time without the same restraints and the battle commenced. The all round fight was just about the lack of technology with Decca and not about the music.

The album title was born from that fight (Decca studios being based at West Hampstead, London NW6) and "The Battle of North West Six" it was to be! Looking at the song writing credits, the name of 'Hewitson' appears on most tracks along with many others in the band. This was a Miller Anderson pseudonym, or to be more accurate, an allonym used for contractual reasons at the time, Hewitson being his wife's maiden name! The song writing was approached in several ways but ended up being by committee in most cases.

More often than not Miller would come up with an idea or a sequence and Henry, Ian, Gary and myself would toss around ideas and fine tune them to the extent that Henry could then arrange the horn parts for the rest of the brass section. So everything was done within the band without the need to farm out the arranging to a third party. At the time of making this album I was sharing a flat with Bluesbreaker and band mate, Mick Taylor. He popped along to the studio whilst we were putting down the track 'Waiting Around' and he picked up a guitar and the track developed into a marathon as Henry Lowther and Harry Beckett went along for the ride at the end of the track; just pure inspiration. Another player on the album was Barbara Thompson, wife of Jon Hiseman; she was a great flautist (listen to Hickory).

Lyn Dobson was a really versatile player – he could fit in to a section wonderfully and yet his soloing was just amazing - the two don't always go hand in hand in a band. In fact I was blessed with great players on all my albums and with the calibre of musicians such as Chris Mercer, Jim Jewell and Mick Weaver, how could you go wrong? Ian Cruickshank's guitar intro on the track 'Poor Mabel (You're Just Like Me)' is a great example of his inventiveness and a looped sample of this riff appears from time to time on TV programmes like 'Flog It' and adverts! As far as drums were concerned I was just the catalyst, driving the rhythm section along with Gary Thain. Gary had a great talent and died at far too young an age.

The reason we recorded the only cover on the album, Albert King's 'Me and My Woman' was to feature Gary's bass line which drove the track along beautifully. With fourteen musicians to organise and all of the technical toing and froing it's amazing to think that the whole album was recorded in just a two-week period!
by Keef Hartley, March 2008 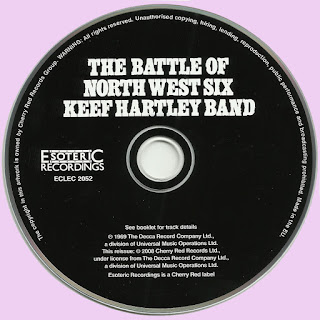