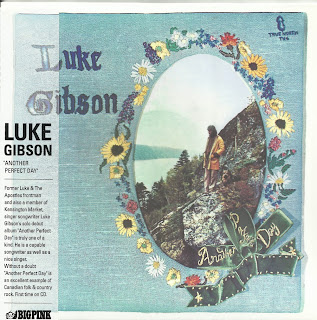 Along with Bruce Cockburn’s debut, Another Perfect Day was one of True North’s first releases in 1971.  Prior to this disc, Luke Gibson fronted Luke and the Apostles, a legendary garage blues group who released an excellent punker in 1967 titled “Been Burnt.”   From here, Gibson went on to play in Kensington Market, a psych pop group who released two intriguing albums in the late 60′s (Aardvark is a great psych pop effort).

Disagreements and drug abuse killed off the Kensington Market.  From here, Gibson revived the Apostles once more in 1970, releasing another good hard rock 45 titled “You Make Me High.”  It was a popular record for the time but not enough to change the struggling group’s fortunes, so Gibson decided to embark on a solo career.

Listeners must’ve been shocked when they heard Another Perfect Day. The LP isn’t the psych, garage, or hardrock that colored Gibson’s past records.  The vocals are informed by hardrock and country-rock rather than folk or honky tonk.  This gives the music a sparse but ballsy quality – it’s what makes Another Perfect Day so unique.  Some tracks like “See You Again” and “All Day Rain” have electric guitars but for the most part this record is quiet acoustic music.  “Full Moon Rider” one of the album’s key tracks, is a riveting piece of music that features fiddle, superb vocals and a hard rocking ambience.

Other highlights are “Lobo”, a beautiful heartfelt country tune, the world weary title track and the trippy acoustic harpsichord laced gem “Angel.”  Great vocal performances, accomplished musicianship, a good backwoods vibe and strong songwriting make this one of the best discs I’ve heard in quite some time.  Long thought of as one of the best singer songwriter albums to come out of Canada, Another Perfect Day is the real deal – authentic stuff.
by Jason Nardelli 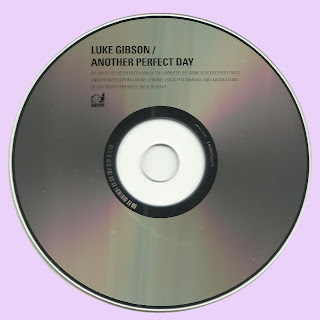 Free Text
Text Host
Posted by Marios at 5:55 AM 8 comments: