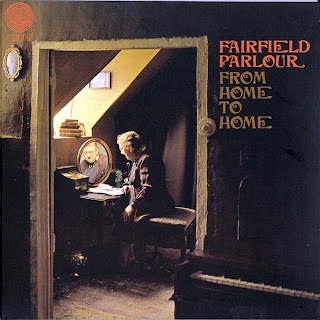 Throughout the history of music it’s generally out of the norm for a band to change their name, while remaining the same band. It happens when a band splits, or the creative force buggers off and takes the name with him. Or it happens in the early days when a band’s still finding its musical feet and they’ve yet to hit the big time. The Move falls into the category of “band that changed their name but retained the line-up” when they became the Electric Light Orchestra - for the first album, anyway, as does Fairfield Parlour.

Fairfield Parlour had already released two albums as psychedelic-folk rockers, Kaleidoscope - not to be confused with the American psychedelic folk-rock ?!?!? band of the same name, and it was under this new name, in 1970, that they put out From Home to Home.

Eschewing the overt fairy-tale whimsy that had earmarked Kaleidoscope’s two albums, Tangerine Dream and Faintly Blowing, From Home to Home is an altogether more mature offering that favours the folkiness, with psychedelic elements, that was always at the root of their music.

There is also a sad, mournful feel to much of this album, rendered perfectly by Peter Daltrey’s airily haunting vocals. The opener ‘Aries‘, with its bittersweet memories and sense of regret, sets the tone for what follows, reaching its zenith with the majestic ‘Emily’. With a sentiment reminiscent of The Beatles’ ‘Eleanor Rigby’, ‘Emily’ manages to evoke sadness in a way that the more famous song falls short.

It’s not all downbeat though, with ‘The Glorious House of Arthur’ making a return to the fairy-tale atmosphere of previous Kaleidoscope ventures and treading the same ground of Arthurian legend as Donovan’s ‘Guinevere’ from his 1966 album, Sunshine Superman. This playfulness continues with the whimsical ‘Monkey’, featuring the somewhat random line “… And there is also a monkey,” at the end of each verse.

The Repertoire Records digipack reissue is another triumph, with great packaging - including the eerily, low-key cover and a host of bonus tracks, though the inclusion of a 1976 re-release of the single ‘Bordeaux Rose’ in its alternate, horribly over-produced version, is for the completist only.

Kaleidoscope were never afraid to explore darker territories, as evident on ‘- Further Reflections In the Room of Percussion’, and the Fairfield Parlour transformation and From Home to Home seem to be a natural progression of this. This one comes heartily recommended.
by Nick James 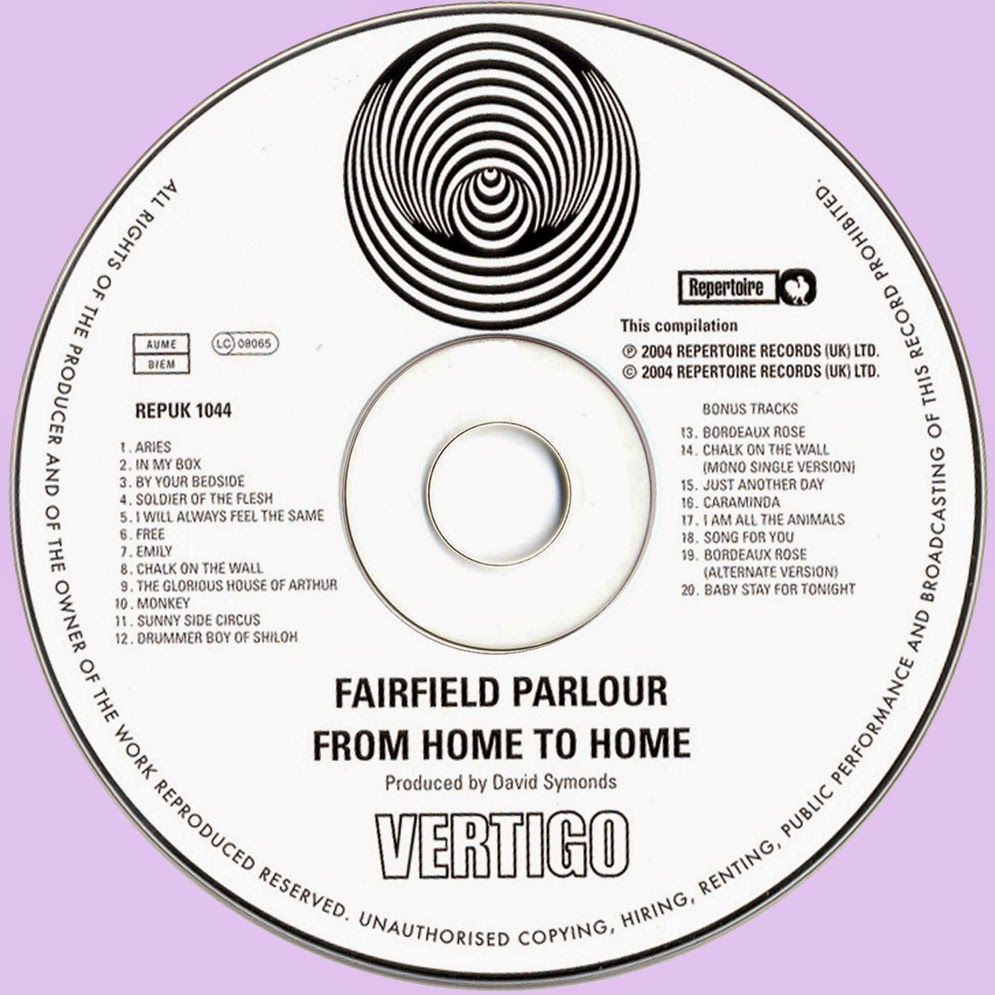