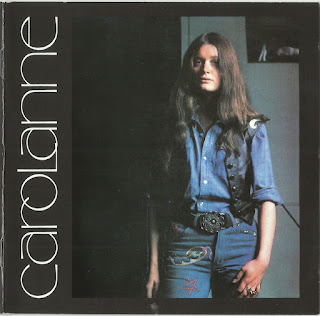 Carolanne Pegg’s eponymous solo album from 1973 is, of course, not exactly new, but this reissued rarity feels absolutely fresh. It kicks off with a crisp and rocked-up version of Collins’ Open The Door, but Pegg’s talent is all her own. Her voice – a combination of Kate Bush’s edgy theatricality and a folkie’s down-home warmness – reminds us that Kate Bush was not the first Brit to break the female vocals out of sweet clichés. Pegg is more than ably abetted by guitar maestro Albert Lee. His country flavoured licks spit fire over Dave Peacock’s bass and Michael Lavelle’s cello. The crisp interplays between the three represent one of the real benefits of the remastering job.

However, it’s Pegg who startles. Her vocal feats – by turns gritty, weird and moving – turn folk and country into a psychedelic prog masterwork. Tracks like A Witch’s Guide To The Underground and The Sapphire evoke a lost dark-folk world that never was. She is, then, a kind of fairy godmother not only for Kate Bush, but Crumbling Ghost and even Richard Dawson. Perhaps the standout track is Fair Fortune’s Star, a multi-movement suite that follows a lady through a dark wood towards enlightenment. It might act as a symbol for Pegg’s journey itself. Not only does it compete with peak Fairport but it achieves a menace they couldn’t dream of. This re-release benefits from a superb essay by Prog’s Malcolm Dome.

This is a beautiful album whose only sadness lies in what might have been if Pegg had received the popular attention she deserved. On the closing track, when Pegg sings, ‘I guess we’re winter people now,’ you’re left thinking this album deserves a second spring.
by Rachel Mann June 23, 2017 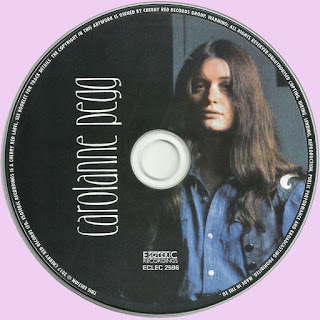