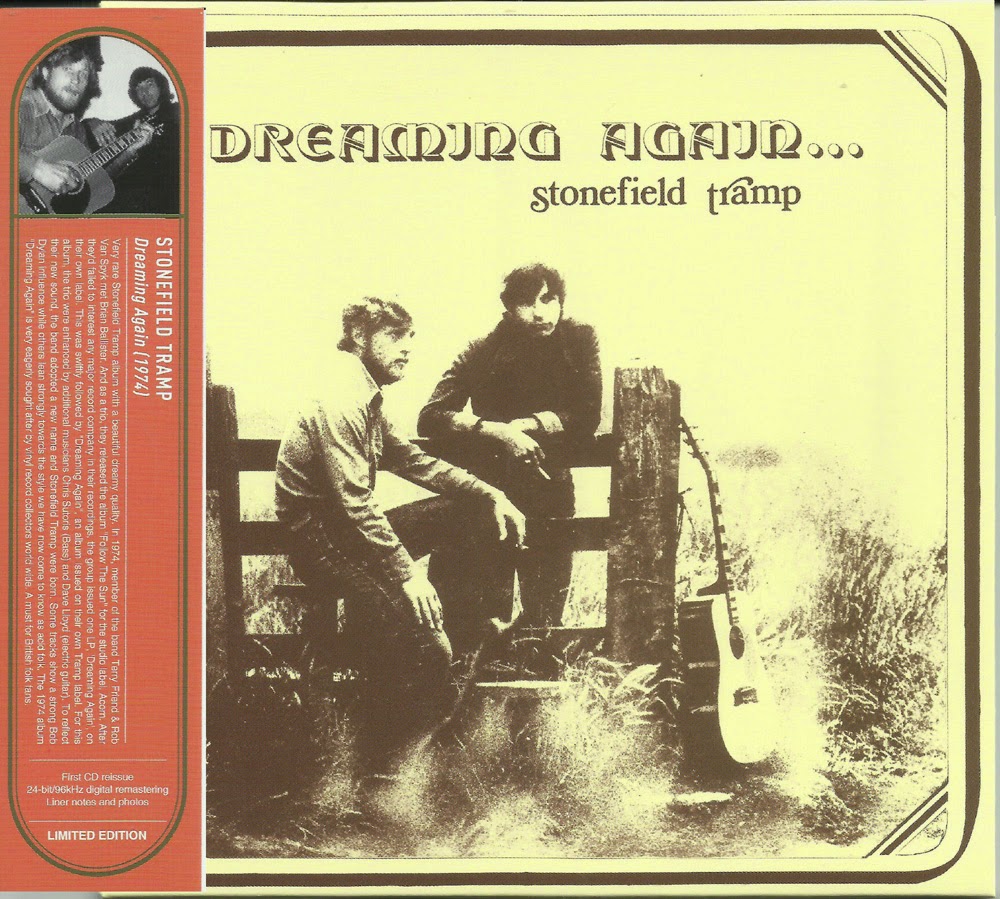 The U.K. folk scene was exploding with ambitious young singer/songwriters and acoustic pickers in the early ‘70s, when Rob Van Spyk first banded together with some similarly inclined pals to form a group that mixed rootsy sounds with often-political lyricism, the latter mostly supplied by Terry Friend. They self-released their first LP in 1974, under the name R.J. Van Spyk & Friends, but after expanding the lineup and their sound, they changed their name to Stonefield Tramp and unveiled another D.I.Y. album, Dreaming Again, that same year.

The album shifts back and forth between two modes. One has a folk-rocky, all-for-one collective feel, with the group's acoustic -- and occasionally electric -- axes riffing at length over the same vamp, while rough-hewn vocals deliver intense, socially conscious lyrics mostly written by Friend. The other is a more balladic folk singer approach, typified by "Social State Blues," a straightforward political folk song of the sort that had been filling coffeehouses all over England a few years earlier, but were likely in shorter supply by 1974.
by James Allen 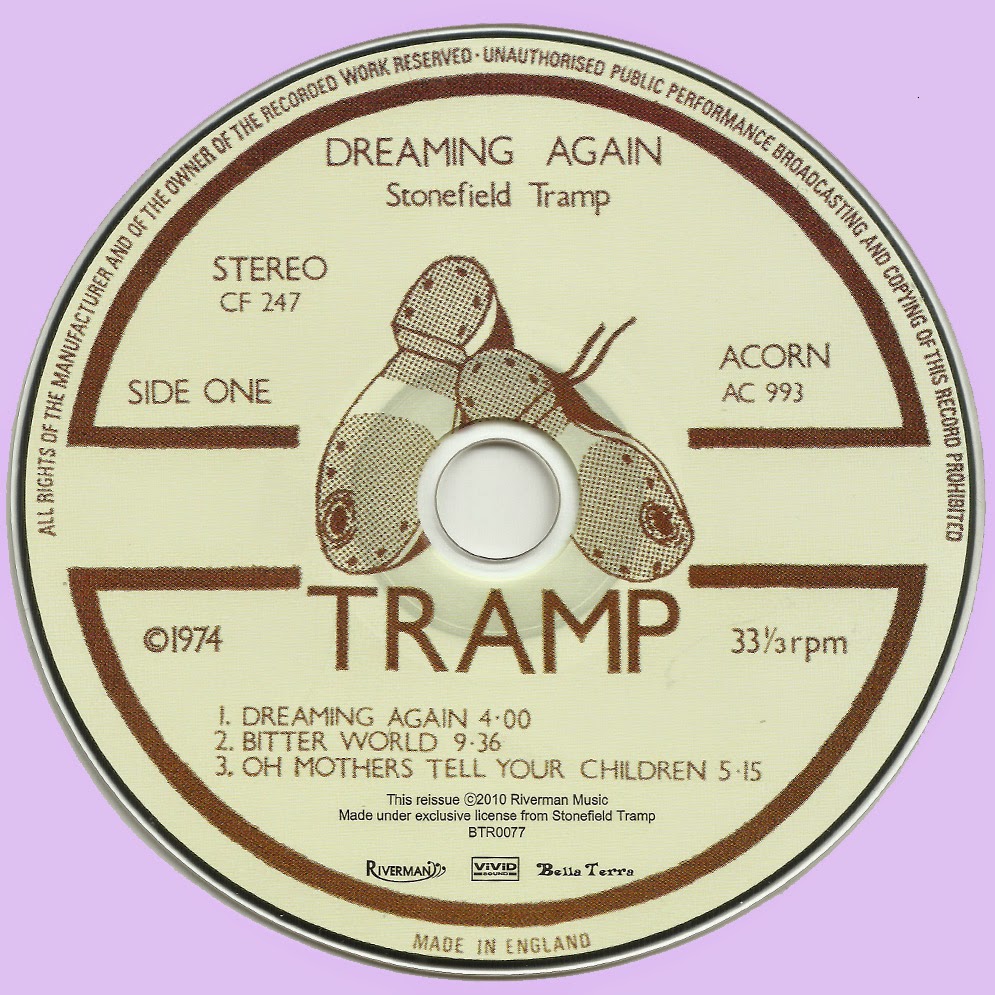