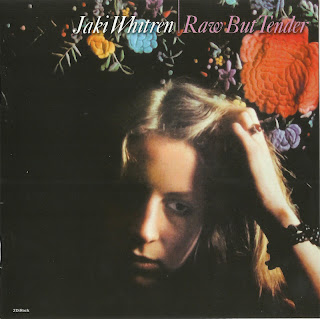 I was born in 1953, and grew up in a pretty little Hampshire village. Music was in my blood - my grandfather played piano for silent movies, my grandmother was a cellist and mezzo soprano, my mother was a trained concert pianist who'd moved into jazz and my father (who died when I was very small) had been a drummer and dancer too. As a result, I was raised on music from Chopin right through to Georgia On My Mind, and at school I was always the kid that sang in the playground.

From the age of 11 I was taken up by the local beatniks, who introduced me to early R’n’B and soul, John Coltrane, Doc Watson, Revd. Gary Davis, Big Bill Broonzy and many others. In those days there was brilliant new stuff coming out every week too, so I was listening to Dylan, the Beach Boys and Motown as well. I was very lucky to have such a thorough musical education. By the time I was 13 I had a repertoire of about 200 songs, and had started to sing in local clubs. Local press and TV soon heard about me, and I became quite well-known in the area.

I eventually left home at 16 to live with my older friends in Southampton. Around this time, Van Morrison's Astral Weeks appeared, and totally blew me away. The first time I heard it, I ran straight home, grabbed my guitar and tried to write songs in the same style. I couldn't do it, though, and what came out instead was Give Her The Day, the first song I ever wrote. One day in 1972 I answered a knock at the door, and found three good looking guys from London on the doorstep. They explained that they were part of a jazz rock band who were doing a gig at Southampton University that night, but the opening act couldn't make it and could I do a half hour slot instead? I explained that 1 hadn't been gigging for a while, and didn't have a set together as such, but had started writing my own songs, and maybe this was a chance to try them out in public.

So off I went and sang my first selfpenned songs, and got a standing ovation. Later that evening they turned up again, this time to ask if 1 wanted to join their band as a lead vocalist. I gladly consented, and it went well. A few weeks later, after more rehearsals, we did a show at the Marquee, which was another success. They were great, but their guitarist, Stuart Cowell saw me aside to suggest that he was in a strong position to get me a record deal if I wanted one. Within a matter of weeks I'd been signed to Columbia and flown to New York. They wanted to make me into a star, but I wasn't at all comfortable with it.

At a reception over there I was introduced to the label's owner, an elderly man in a wheelchair, as 'the next Barbra Streisand,' which mortified me. To my friends and me that would have been about the least cool thing imaginable. John Hammond himself came especially to meet me, and told me he believed me to have 'one of the finest voices ever to come out of the UK.' At the time it all went over my head, I'm afraid, and it's only in retrospect that I've come to appreciate the enormity of these compliments. They offered to buy me a house  over there, which I refused, then put me in the studio with some very talented black musicians and asked me to write something in a funkier style than before.

I came up with But Which Way Do I Go?, which summarized my feelings. I found it all too overwhelming, I was more interested in my social life than my career, and I wanted to be back in England. When I think about it now I can see what a big deal it was, and I'm grateful for their faith in me, but at the time I was still a kid and didn't know if I was coming or going. As a result, I returned home and went into the studio to make an album in the folk-blues idiom that I was accustomed to, rather than the funkier, more soulful style they'd wanted in America. I didn't have enough songs to fill an LP, but when we began recording they just poured out of me. Stuart produced the sessions, and also managed me. He was a great musician as well as an intelligent and sensitive guy, and slowly came to understand what I was about.

The musicians were very subtle and sensitive too, and kept to the essence of what I'd written. Albert Lee was lovely, and his musicianship was a thrill to be around. The rhythm section were also really sympathetic and tolerant of my naivete. It was all very easy and quick, because I actually didn't know how not to do a perfect take. Being so young (18 years old) and unconscious is a blessing on that score. Mick Glossop was the overall producer, and remains to this day one of the most sensitive people I've ever worked with in the studio (and I've worked with some of the world's greats, like Phil Ramone and Gus Dudgeon).

The album appeared in July 1973, and was well-received. Disc said 'genuine new talents are pretty rare, and here's a songwriter of the first order, who plays a mean acoustic guitar too.' Give Her The Day was extracted as a 45 (backed with But Which Way Do I Go?), and the NME called it 'a monster record, full of soul, feeling and emotion.' At one point it was getting 24 plays a day on the BBC, and Tony Blackburn even made it his single of the week - something I kept very quiet about in front of my friends!

At one point Cliff Richard wanted to cover it, but nothing came of it. Another 45 appeared later in the year (Human Failure I Ain't It Funny?), but that didn't chart either. I couldn't have cared less - my friends and I weren't remotely interested in the hit parade, and I didn't like the idea of appearing on TV anyway, so I turned down all offers apart from The Old Grey Whistle Test. I gigged in support of the album for a year, both on tour with John McLaughlin, Tom Paxton, Loudon Wainwright and others, and doing one-off shows with people like Sly and the Family Stone, Genesis and Roy Harper.

I seemed set to go full blast into a mega career, which should have been a dream come true, but for me (having been gigging since I was thirteen) the novelty was virtually non-existent, and I was pretty bored by the lifestyle that went with 'the biz'. I'd had my first child when I was 18, and looking after him wasn't compatible with the life of a touring musician. I dreamed of being able to do what I wanted with my day, instead of an endless round of trains, planes, hotels and concert halls, round and round so that you couldn't tell one from the other. I was desperate for a big change in my life, and dreamed of isolation and anonymity.

By the middle of 19741 was getting thoroughly fed up of playing the same songs every night, and constantly moving around. I was offered the support slot on Ike and Tina Turner's forthcoming European tour, but couldn't face it and turned it down. At the same time, Joan Armatrading got in touch to say she was a big fan of the album and wanted to duet with me. She came to stay with me in Hampshire for a week, and we did a lovely gig together at the Marquee, but it was practically the last thing I did. I ended up going away for 2,1/2 years, and at the end of it I felt 1 had a far more meaningful, healthy and satisfying life.

I've continued to sing and record since, but only on my own terms - in fact, I'm currently working on my first solo album since Raw But Tender, and its approach is similar. Since the advent of the internet, I've had lovely fan mail about the album from people all over the world, ranging from a captain of industry in South Africa to a worker on a kibbutz in Israel. I think people identify with it is because it's a truly heartfelt piece of work, and a sincere expression of a human soul at a particular point in its journey. I'm delighted that people will now have another chance to hear it.
by Jaki Whitren July 2006 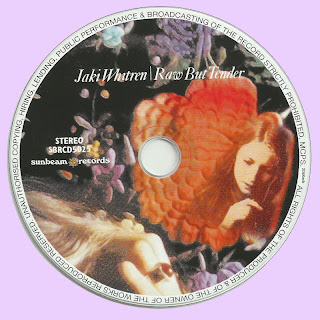 Free Text
Just Paste
Posted by Marios at 3:51 AM 7 comments: