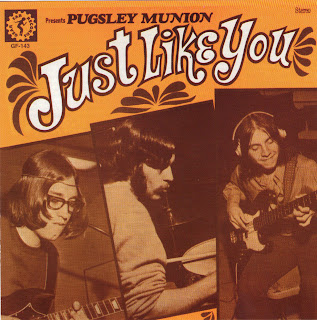 The band was started mid 1969, under the name "Mask", as a vehicle for the members to play their original material which they had been writing while in other high school cover bands. All three members were already playing club gigs while still in school, but wanted to pursue their dream of writing all of their own music. By chance a homemade demo tape fell into the hands of J&S records, a small R&B record label that had been somewhat out of the scene for a few years.

After putting up some cash to help offset recording costs, they brought the band to NYC to record a true demo, and immediately started the process of signing them to a single album deal. A short time after the demo was completed, it was discovered that the name "Mask" had already been registered. The concept and original title for the album was Three in One, representing the three member's close musical ties (the original album jacket has the name "3 in 1 Records" printed on the spine, in error).

A fictional name for this imaginary person was needed. The name Pugsley Munion was created by the bands road crew late one night after a gig, in a local donut shop while getting dirty looks from a local cop named Munion. Pugsley came later by chance after seeing it on a street sign out side of NYC. The band put the two names together as a joke for a local gig, and the name stuck by popular demand. The band went to NYC to record the album in mid 1970.  The band was booked for two days into Bell Sound Studios, one of NYC's first 8 Track Studios.

Because the band played live as an Organ, Bass Pedal, Guitar, Drum trio for most of the songs, it was thought that bass guitar would be added for the recording to get a better sound in the studio. As the songs were being recorded, bass parts were being experimented with, and were supposed to be replaced at a later session. At the end of the two day recording session rough mixes were prepared and the band was expecting to come back in to redo the base parts, some vocals and mix the project.

Much to the bands surprise the record company released the album as is, in its unfinished form. They also "Lost" the original art work for the cover, an original ink drawing of the band by one of its road crew, messed up the liner notes by forgetting to include Ed Kelly's last name, and renamed the album after the song that they released as a single "Just like You". Needless to say, even as a young band they realized that they were getting less than professional treatment from the label and quickly but unsuccessfully tried to stop the record from being released.

The record did get released and actually got some air play, but shortly after its release John got drafted and the whole project ended. After a very short stint in the Navy due to medical problems, John returned home and rejoined the band who had in his absence added a bass player and a front man. The band played locally for a couple of years in local clubs and developed quite a regional following. Today, all three members have remained active in the business. John played in many touring club bands throughout the 70's and 80's.

He also spent lots of time producing and engineering local bands, writing, collaborating and recording demos with many regional and national artists. During the early 80's he became involved heavily in sequencing and drum programming for his own band, and for his collaborators. In 1984 he recorded "Orion the Hunter" with members of the band "Boston" and "Heart". Currently he is working on plans for an upcoming music project.

In the years after "Munion's " release, Ducky took up Pedal steel and quickly became one of the areas most sought after session players. He recorded and toured with many nationally known acts including "Rubber Rodeo" (1986), John Cafferty and the Beaver Brown Band (Road House, 1990), Terence Trent D'Arby (Symphony or Damn, 1993), Swinging Steaks Peter Wolfe's solo album (Long Line 1996). He also has and still tours occasionally with John Lincoln Wright, Angela West & Showdown and many other rock and country acts.

Ed, who became one of the areas top drummers, is still the drummer of choice for many area bands who rely on his ability to provide rock steady support, creative feel and dynamic sound for their projects, usually gigging with more than 2 or 3 bands at the same time.
by John Schuller, Leominster, Mass. December, 1999 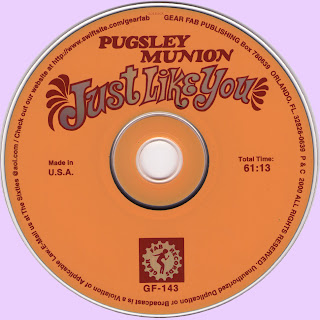