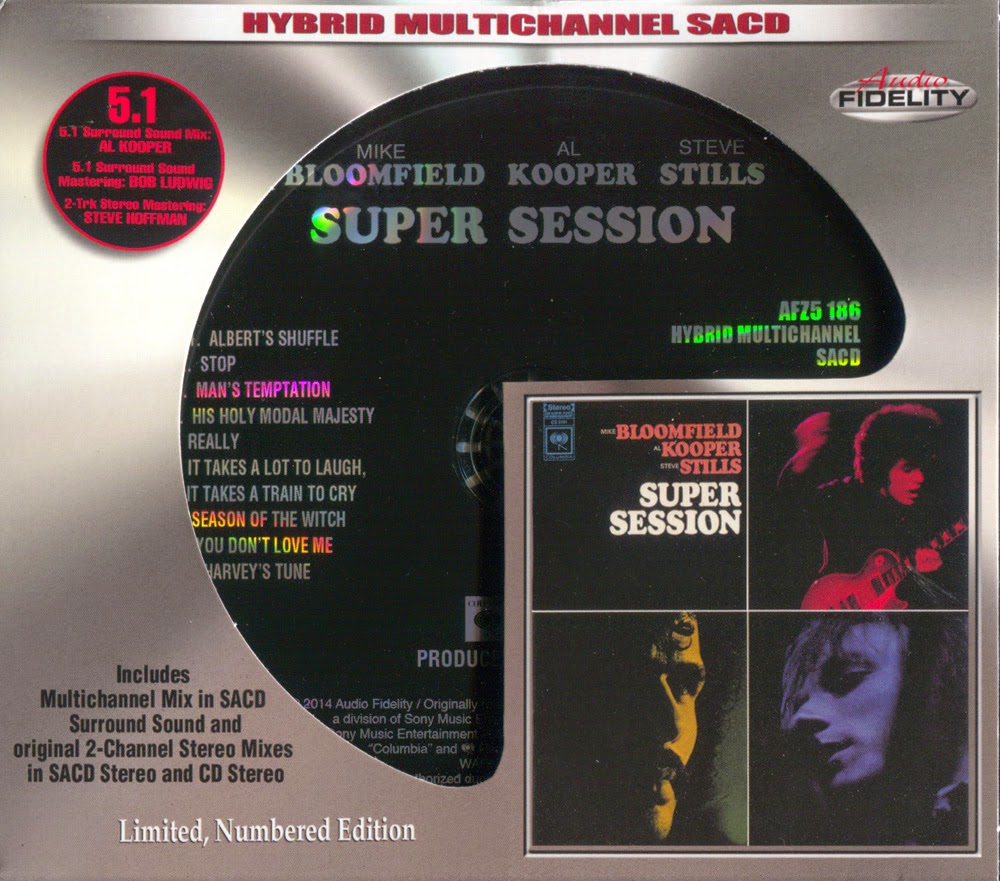 In the space of mere months, the soundscape of rock shifted radically from two- and three-minute danceable pop songs to comparatively longer works with more attention to technical and musical subtleties. Enter the unlikely all-star triumvirate of Al Kooper (piano/organ/ondioline/vocals/guitars), Mike Bloomfield (guitar), and Stephen Stills (guitar) -- all of whom were concurrently "on hiatus" from their most recent engagements. Kooper had just split after masterminding the definitive and groundbreaking Child Is Father of the Man (1968) version of Blood, Sweat & Tears. Bloomfield was fresh from a brief stint with the likewise brass-driven Electric Flag, while Stills was late of Buffalo Springfield and still a few weeks away from a more or less full-time commitment to David Crosby and Graham Nash.

Although the trio never actually performed together, the long-player was notable for idiosyncratically featuring one side led by the team of Kooper/Bloomfield and the other by Kooper/Stills. The band is ably fleshed out with the powerful rhythm section of Harvey Brooks (bass) and Eddie Hoh (drums) as well as Barry Goldberg (electric piano) on "Albert's Shuffle" and "Stop." The heavy Chicago blues contingency of Bloomfield, Brooks, and Goldberg provide a perfect outlet for the three Kooper/Bloomfield originals -- the first of which commences the project with the languid and groovy "Albert's Shuffle." The guitarist's thin tone cascades with empathetic fluidity over the propelling rhythms. Kooper's frisky organ solo alternately bops and scats along as he nudges the melody forward. The same can be said of the funky interpretation of "Stop," which had originally been a minor R&B hit for Howard Tate. Curtis Mayfield's "Man's Temptation" is given a brass-fuelled soulful reading that might have worked equally well as a Blood, Sweat & Tears cover.

At over nine minutes in spin time, "His Holy Modal Majesty" is a fun trippy waltz and includes one of the most extended jams on the Kooper/Bloomfield side. The track also features the distinct hurdy-gurdy and Eastern-influenced sound of Kooper's small electric keyboard-manipulated ondioline, which has a slightly atonal and reedy timbre much like that of John Coltrane's tenor sax. Because of some physical health issues, Bloomfield was unable to complete the recording sessions and Kooper contacted Stills. Immediately his decidedly West Coast sound -- which alternated from a chiming Rickenbacker intonation to a faux pedal steel -- can be heard on the upbeat version of Bob Dylan's "It Takes a Lot to Laugh, It Takes a Train to Cry." One of the album's highlights is the churning and scintillating cover of "Season of the Witch."

There is an undeniable synergy between Kooper and Stills, whose energies seems to aurally drive the other into providing some inspired interaction. Updating the blues standard "You Don't Love Me" allows Stills to sport some heavily amplified and distorted licks, which come off sounding like Jimi Hendrix. This is one of those albums that seems to get better with age and that gets the full reissue treatment every time a new audio format comes out.
This is a super session indeed.
by Lindsay Planer 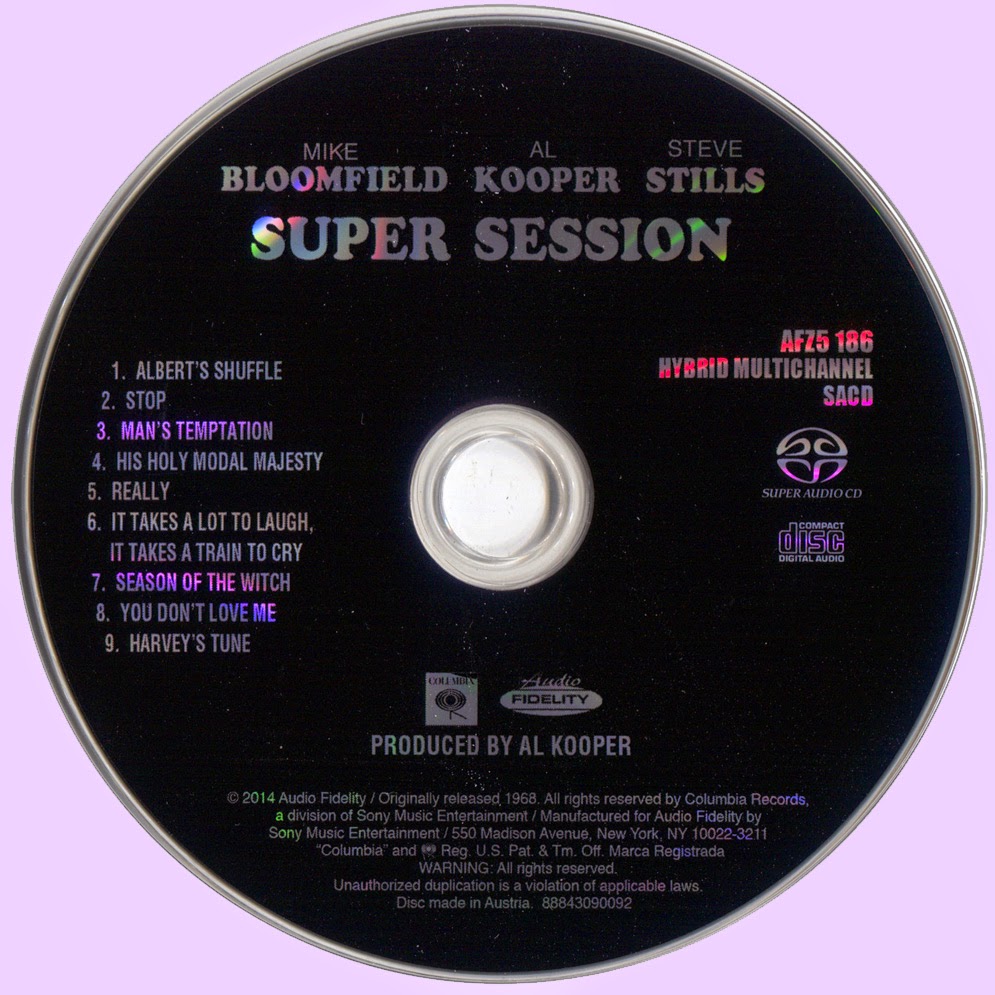