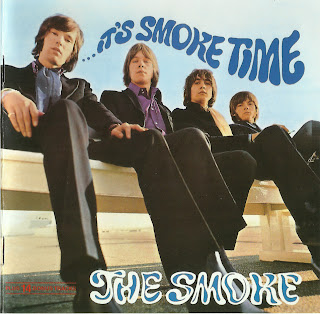 The story of The Smoke began back in 1965 in Yorkshire when millionaire and entrepreneur Alan Brush discovered a local Mod/Beat band called The Shots supporting PJ. Proby. Brush was looking to get into the music business and so approached the band - (Geoff Gill, drums, Malcom Luker, guitar, Mick Rowley, vocals, John "Zeke" Lund, bass and Phil Peacock, guitar) - with a view to management.

The band accepted and Brush secured them a deal with Columbia Records who released the single "Keep Hold Of What You've Got'V'She's A Liar" (DB 7713) in October 1965. However, with the single failing to take off, Brush's interest waned, Peacock left, and the remaining four members were left to consider their future. Presenting their newer more psychedelic demos to producer Monty Babson, the band changed their name to The Smoke and released the "My Friend Jack'TWe Can Take It* single (Columbia DB 8115) in February 1965.

With the single climbing the charts in the UK7 eventually reaching No. 45, the record promptly became banned by the national radio stations because of the line "my friend jack eats sugar lumps" which they felt was a reference to the taking of LSD! Nonetheless, the underground press and radio picked up on the song and it became a massive hit throughout Europe and in particular Germany, where it reached No. 2 and stayed in the charts for sixteen weeks.

Indeed it was on the European mainland that The Smoke became successful, so much so that their one official LP "It's Smoke Time" (GULL INT 128301) was released in Germany only.The follow up single "If The Weather's Sunny"/"! Would If I Could, But I Can't" (Columbia DB 8252) however, wasn't a hit and the band left Columbia shortly after it's release in August 1967. By this time The Smoke had become managed by Chris Blackwell, owner of Island Records and so it was to that label that they signed.

Running parallel to The Smoke at the same time was an outfit called Chords Five who just so happened to be The Smoke under a different name. Their debut single "I'm Only DreamingVUniversal Vagrant" (WIP 3044) had been released in May 1967 and for two years the two "bands" would alternate their releases. The first release on Island to feature The Smoke name was "It Could Be Wonderful"/ "Have Some More Tea" (WIP 6023) which came out in November 1967 but once again failed to chart.

The Smoke's next single "Utterly Simple (written by Dave Mason of Traffic)/ "Sydney Girl" (WIP 603) didn't actually get a proper release and any copies that do exist currently fetch around £200 on the collectors market. The next two Chords Five singles "Same Old Fat ManV'HoId On To Everything You've Got" (POLYDOR 56261 May 1968) and "Some People" (written by Graham Gouldman, later of 10cc/ "Battersea Fair" (JAYBOY BOY 6 march 1969) also failed to chart, so Lund, Luker and Gill took up an offer to become resident musicians at Morgan Sound Studios.

With a variety of guest musicians they released records throughout the early 70s - "Dreams Of DreamsV'My Birth" (Revolution Pop REVP 1002), "Sugar Man"/ "That's What I Want" (Regal Zonophone RZ 3071) and "Ride Ride Ride7"Guy Fawkes" (Pageant SAM 101) - though once again they never repeated the success of "My Friend Jack".

Of all the members, Geoff Gill has remained the most successful. Having worked with the likes of Jenny Darren and the Beaver Brothers he became a producer/songwriter for Boney M who themselves scored a No. 57 chart placing in April 1980 with their version of "My Friend Jack".
by Mark Brennan 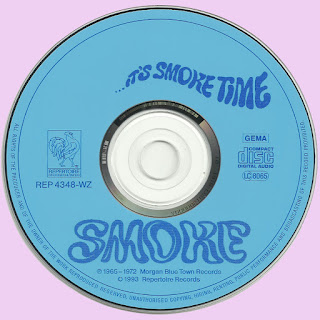