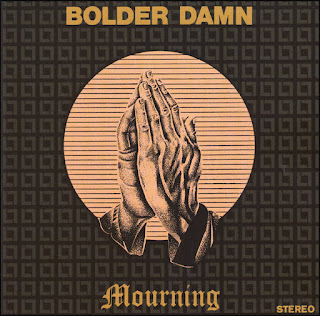 Bolder Damn, formed in Fort Lauderdale, Florida 1969, got a following by opening up for the big names that came through the state. They had a mad and theatrical live show that got a reaction in those days because neither Alice Cooper nor Black Sabbath had turned up! The band reached a good fan base because of this live show.

Allegedly during the epic "Dead Meat" people with capes carried the lead singer off stage while the band continued to play, then they carried the singer back on stage in a coffin! The fans wanted an album so the band went into the studio in the summer of '71 recorded "Mourning" in just 4 hours with hardly any overdubs.

The album is very dynamic and has a huge soundstage. It shows the band as excellent tight musicians who were capable of both writing and performing original songs delivered with meaning and strong lyrics especially, and, as it turned out, ironically about Vietnam.

The haunting doom-power of "Dead Meat", a mind-blowing epic track clocking in at 15 minutes long, the moving boogie feel  of "Got That Feeling" and the alarming "Monday Mourning" are just some of the great tracks on this killer album, which is of a consistently high standard throughout.

Bolder Damn could have been huge negotiations with a couple of labels had just started when front man John Anderson and bassist Ron Reffett got drafted into the US Army and inevitably Vietnam.  This fatally interrupted the bands plans to make a proper release and spread their name outside the state. "Mourning" is a mighty testament and one of the most essential powerhouse albums from the early 1970s.
CD Liner Notes 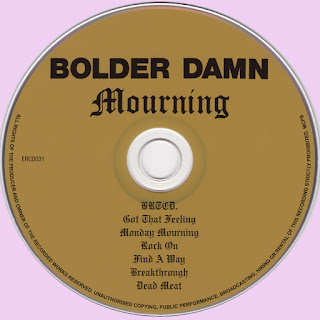