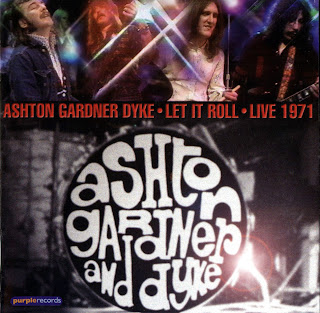 Launching in 1968 from the wreckage of the Remo 4, keyboard player Tony Ashton and drummer Roy Dyke linked with former Birds and Creation bassist Kim Gardner when those bands split to form Ashton, Gardner & Dyke in emulation of the Nice's then-revolutionary keyboards and rhythm lineup. Signing with Polydor, Ashton, Gardner & Dyke debuted with the aptly named single "Maiden Voyage," swiftly following through with an eponymous album -- highlights of the set included an absolute reworking of "In the First Place," now titled "As It Was in the First Place." The album did little, however, even after the band toured with Delaney & Bonnie, and by 1970 the band signed to Capitol.

Let It Roll is taken from a concert in Belgium in 1971, this captures the offbeat British group when it was at the peak of its popularity. The nine principal tracks are drawn from all three of the band's albums. Included, as most anyone interested in a release like this will be relieved to know, is the trio's big hit, "Resurrection Shuffle," the one Ashton, Gardner & Dyke song that most rock fans will know. That track has enough pizzazz to endure. Tony Ashton's vocals can tend toward the grating, like a hoarse Joe Cocker. A twisting brass section really pushes "It's a Drag, I'm a Drag" along, but some of the songs do drag, particularly the 14-minute "Falling Song."

"I'm Dying for You" is distinguished from the studio version by an arrangement that highlights flute rather than fiddle. Drawn from a roadie's soundboard recording, the fidelity is listenable but flawed, marking it as one for the fans and collectors. Three of the 12 songs are "bonus live tracks" that present different recordings of three numbers also heard in the main 1971 Belgium portion: "Billy and His Piano With," "Rolling Home," and, what better for an encore, "Resurrection Shuffle." There's a good history of the band in the 12-page booklet, though.
by Richie Unterberger 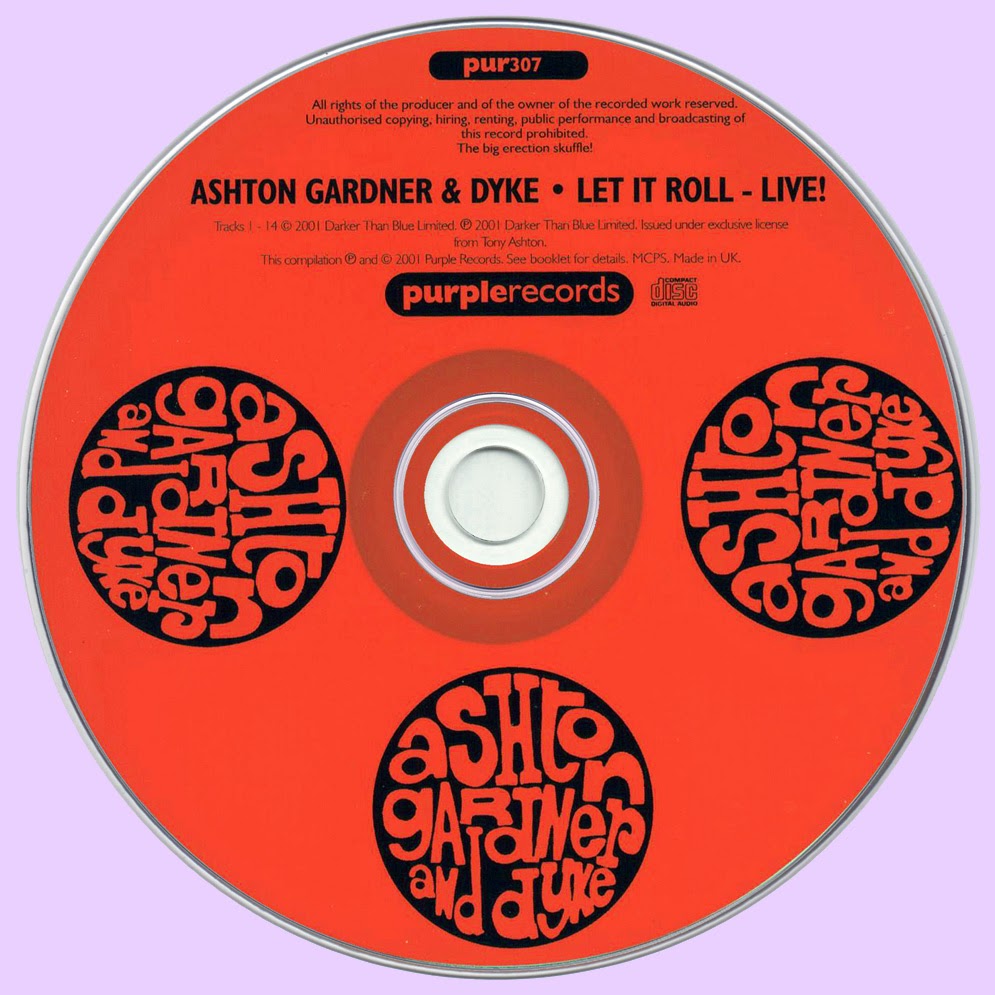