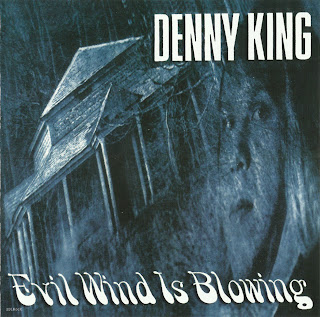 Born Dennis Gordon Ottenbacher in Wisconsin in 1942, singer / guitarist Denny King started out on the Milwaukee local music scene in the early 60s. By the early 70s he was based in the small town of Lancaster I (in California's Mojave  desert) at the time his sole album was made.

A bluesman, he quickly became a lynchpin of the local scene, playing with numerous local musicians. Two of those were Alex St. Claire (guitar, trumpet) and Doug Moon (harmonica), who had played in the early incarnation of Captain Beefheart's Magic Band, and accompanied King on his sole LR which appeared on Little Richard's Specialty label (as SPS 5003) in the summer of 1972.

A good-humored set of odd electric blues, St Claire produced it, and also takes a co-writing credit on Desert Sand, making it a considerable curio for Beefheart completists. Famed critic Barry Hansen (better known as Dr. Demento) wrote the enthusiastic sleevenotes, HR which promise that "you'll soon know why they call that place the high desert!", but sales were predictably small, and the extracted 45 (Bessie Mae / Go Down Moses) was also a slow seller.

King later set up a booking agency, with the aim of helping bands getting a start playing in bars, and later specialised in opening music venues in Asia, and organizing entertainment for US forces in Korea. By all accounts a humble and religious man, King died in April 2000. At that time he had been playing in a band called The Watchmen, with members of his church. 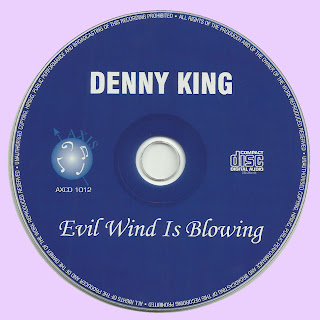 Free Text
Just Paste
Posted by Marios at 4:28 AM 7 comments: