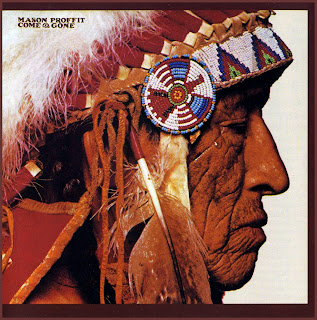 Mason Proffit is widely considered by obscure rock aficionados to be one of the best bands who never made it to the big time. Although they are mostly overlooked today, along with the Byrds, Michael Nesmith, and others, they helped to invent country-rock.

The band was formed in 1969 by members of the recently disbanded Sounds Unlimited, a tough Chicago garage band with a well-developed melodic sense. John and Terry Talbot were the main movers behind Sounds Unlimited and in Mason Proffit they took the vocal harmonies they had developed in Sounds Unlimited and went in a folk and country direction. They were among the first to combine the energy and instrumentation of rock with the subject matter and twang of country.

Perhaps the reason they were not hailed as visionaries at the time is that their first three records came out on small labels and didn't sell many copies. 1969's Wanted! Mason Proffit and 1971's Movin' Toward Happiness were released by Happy Tiger and 1971's Last Night I Had the Strangest Dream was released by Ampex. The band's fortunes took a positive turn in 1972 when they were signed by Warner Bros. and released Rockfish Crossing. They used their Warner Bros. connection to tour with the Grateful Dead but it didn't help them with the record buying public.

After Mason Proffit signed to Warner Bros. Records, the label reissued the band's first two albums, Wanted! Mason Proffit and Movin' Toward Happiness, as a double-LP set under the title Come & Gone. "Hear the voice of change," commanded the Talbot brothers at the opening, and the song, "Voice of Change," was both a political statement calling out to President Nixon's "silent majority" and a statement of purpose from the band.

Like their peers on the West Coast, the Midwestern Talbots attempted to merge the musical and social concerns of the folk-rock movement with elements of traditional country. But they were a bit more Western-styled than the Flying Burrito Brothers and less of a good-time outfit than Poco. The music took off from folk and country sources into progressive rock, the pedal steel guitar and fiddle augmented here and there by strings, while the brothers' tenor harmonies gave the group a distinctive vocal sound.

Mason Proffit wanted to change musical tastes and political beliefs at the same time. They lamented the plight of Native Americans in "Flying Arrow," and while they could pick a mean hoedown on "Old Joe Clark," their version somehow managed to express antiwar sentiments. They recognized the connection between the cowboy myth and the independent spirit of truck drivers, and they mixed it all in with a sort of primitive Christianity. In this, they were very much of their time.

Mike Cameron's "Good Friend of Mary's" fit into the Jesus cult that identified the Christian savior as a proto-hippie, preaching peace and love while wandering the country in long hair and sandals, and the Talbots sang it with their warm tenor harmony in complete sincerity. Such music wasn't going to make it far out of the early '70s, but in 1973 it remained appealing.
by William Ruhlmann 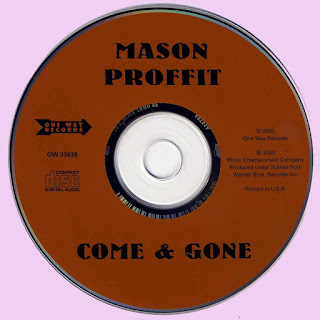