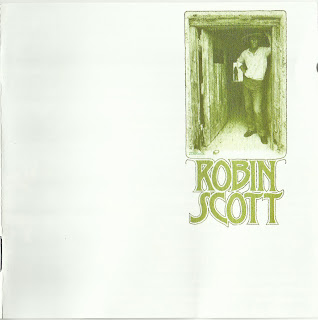 I was born in Croydon, South London on April 1st 1947. The musical tradition in my family went hack two generations: my mother was a ballerina, my grandfather an opera singer and my grandmother a violinist, so there was a connection with the performing arts all my life.

Though the American folk movement had made 'troubadours' such as Tom Paxton, Leonard Cohen and Bob Dylan part of the mainstream, my first love was painting and I enrolled at Croydon Art College in 1967, where I met my contemporaries Malcolm McLaren, Jamie Reid and Vivienne westwood. Art colleges were also a breeding ground for musicians, and 1 was listening to the Incredible String Band, Tyrannosaurus Rex and others, as well as Stravinsky and avant-garde classical composers like Cage and Stockhausen.

After leaving art school 1 carried on painting and songwriting at a cottage in Kent which 1 shared with a Canadian writer/lyricist called Ian Carruthers. He sadly took his own life a few years later, and this reissue is dedicated to his memory. At the same time I also began to make contacts in radio and TV, and made my debut on Top Gear and Night Ride, as well as performing topical songs on magazine and children's programmes.

One evening in July 1969 I performed on John Peel's BBC radio show, then headed for the TV studios to make an appearance on BBC2's arts show Late Night Line-Dp, hosted by Joan Bakewell. The following day I was contacted by Sandy Roberton, an underground folk impresario representing a number of artists including Al Jones, Synanthesia, Keith Christmas and Shelagh McDonald. He was very switched-on and charming, living a glamorous lifestyle in Chelsea, and said he wanted to manage and produce me.

A week later I found myself cutting an album with him at Sound Techniques, just off the King's Road. He put me together with Mighty Baby, formerly known as R’n’B band The Action. Working with them was quick and easy, as they were either very intuitive or very high - probably both! I particularly remember Martin Stone, with his Mexican moustache and woolly hat. He was an innovative blues guitarist with a fragile, considerate manner.

The drummer, Roger Powell laid down solid, lazy grooves from so far back on the stool that I kept thinking he was going to fall off, while Mike Evans on bass and Ian Whiteman on keyboards enhanced my basic structures with melody and rhythmic counterpoint. The sessions were also distinguished by a meeting with Jimmy Page and Roy Harper, who were recording in the next door studio The songs are an eclectic, oddball mixture of poetic allegories, moments of truth and sparks of originality. Some were written with Ian Carruthers, and much was inspired by my then-girlfriend, Penny Lamb.

The Sailor was the most obvious tune to extract as a single, and received a surprising amount of airplay on daytime radio. Song of the Sun had been crafted by my school friend John West as a piece of prose. I set it to music in the bedsit mindset of a Leonard Cohen devotee. The Sound of Rain was a little lament that was obviously influenced by Paul Simon's early work.

All I can say about Penelope is how great it is to be in love and find a way to declare it in a song for posterity! The Day Begins is dark and discordant - tortured youthful anxiety laid bare. 1 have no idea where Woman From The Warm Grass came from, but it had more to do with sex than drugs, as I had not yet been initiated into the latter. Richie Havens was also making a serious impression, and lyrical free association had its appeal too. I Am Your Suitcase Lover concerns the fantasy of an encounter with a prostitute. Maybe I had Johnny Cash and Nashville Skyline in mind. It's complemented by classic Gordon Huntley steel guitar (fresh from Woodstock), with Roger Powell's bar-room-brawl drum fills at their best.

Mara's Supper was inspired by a dinner I innocently provided the musical accompaniment for, little knowing that Ian was doing mushrooms and herbs with William Blake! Point of Leaving was a kitchen sink drama, written with Brief Encounter in mind - bleak black and white TV imagery and teenage sexual anxiety from the shadowy side. The Purple Cadger ended proceedings by marrying a masterful set of lyrics from Ian to some Dylanesque rock n roll.

I enjoyed recording the album, but it was cut in a single day without a band rehearsal, and the songs hadn't been significantly worked or performed live. It was an opportunity not to be missed, however, and though I wasn't remotely in control Sanely delivered a result under the circumstances. He then shopped around and cut a deal with a small independent label called Head Records, run by a hippy named John Curd. None of this had anything much to do with me, and other than £125 to buy an electric guitar, I never saw any money. But it was my first record, I had no expectations, and 1 was pleased to start somewhere.

It appeared in November 1969, and the reviews were quite good - Rolling Stone called it 'soothing, sweet and occasionally really hot,' and said the songs were 'tender mood pieces, vast open land, beach and seascapes with all their inherent imagery of desolation and sad loneliness.' My only real disappointment was with the artwork — as a painter I had a clear idea of how I wanted it to look, but was given no artistic control. At the time of its release I shared the stage with the likes of John Martyn, Shelagh McDonald and Forest at gigs promoted by Sandy.

I'd have loved to have played live with Mighty Baby, but they had their own album to promote and it never happened. Meanwhile, unbeknownst to me, John Curd had been busted and banged up. Mead Records was consequently dissolved and the album barely made the shops. Despite that, I continued to play radio sessions and the bonus track, Tattooed Lady, comes from a Peel session recorded shortly after the LP was cut.

The lyrical narrative was penned by Ian with Penny (the Woman From The Warm Grass herself) taking the lead vocal alongside John Lewis, who was to feature in 'M' ten years later. I added guitar and vocal harmonies. Hearing the material today, I'm struck by its eccentricity, and how dark some of the songs are. Though it reflects the underground folk of that era, I hope it also , remains relevant as an early indication of my eclectic musical taste.
by Robin Scott, January 2006 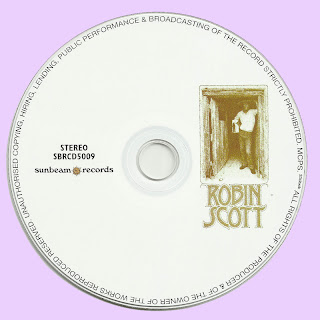 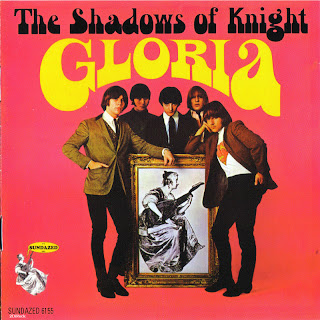 Although revisionist historians will claim that any Shadows of Knight best-of that includes "Gloria" will cover just about everything you'll ever need on this Chicago punk band (and usually acting as if Van Morrison's and Them's original was the actual hit -- wrong), true believers have long championed their two original albums for the Dunwich label, especially their debut long-player named after their big hit.

Why? Simply because it positively rocks with a raw energy of a band straight out of the teen clubs, playing with a total abandon and an energy level that seems to explode out of the speakers.

Equal parts Rolling Stones, Yardbirds, Who, and snotty little Chicago-suburb bad boys, the Shadows of Knight could easily put the torch to Chess blues classics, which make up the majority of the songs included here.

Their wild takes on "I Just Want to Make Love to You," "Oh Yeah," and "I Got My Mojo Working" rank right up there with any British Invasion band's version from the same time period.

Original material was never plentiful on either SOK long-player, but worth checking out are "Light Bulb Blues," the blues ballad "Dark Side," and the why-me? rocker "It Always Happens That Way."

Completing the package is the inclusion of three bonus tracks, the single-only "Someone Like Me" and an alternate version, and "I Got My Mojo Working," which is vastly superior to the take on the original album.

A not-too-vastly-different alternate mix of "Oh Yeah" completes the bonus tracks, although the original album version is curiously missing from this otherwise excellent package.If you're only going to own one Shadows of Knight package, you could, and should, start right here
by Cub Koda 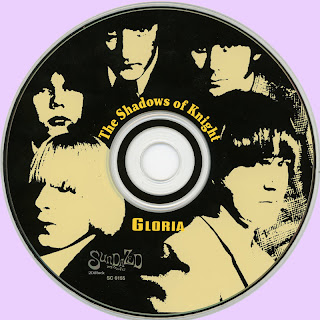 Free Text
Text Host
Posted by Marios at 12:40 AM 2 comments: